Filmmaker Milos Forman, director of ‘One Flew Over the Cuckoo’s Nest,’ dies at 86 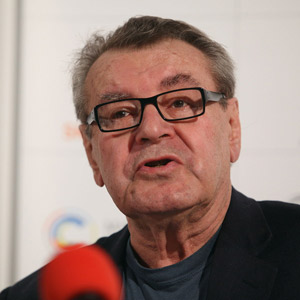 NEW YORK CITY (JTA) –Filmmaker Milos Forman, famous for the Academy Award-winning films “One Flew Over the Cuckoo’s Nest” and “Amadeaus,” has died. Forman, who was born in Czechoslovakia and came to the United States at the end of the 1960s, died at a hospital near his home in Connecticut at the age of 86.

Forman’s parents, who were Protestant and members of the anti-Nazi underground, were killed by the Nazis during the Holocaust; his mother died in Auschwitz and his father died while being interrogated by the Gestapo in the Mittelbau-Dora concentration camp. Forman later learned that his biological father was a Jewish man with whom his mother had an affair, who survived the Holocaust and that the filmmaker later found living in Peru. Forman was raised by foster parents in Czechoslovakia and attended film school in Prague.

He moved to the United States after the invasion of communist troops in Czechoslovakia known as the Prague Spring, which squelched artistic freedom. He became a U.S. citizen in 1977.

In his memoir, Forman said the producers of “One Flew Over the Cuckoo’s Nest,” Michael Douglas and Saul Zaentz, asked him to direct because “I seemed to be in their price range,” the New York Times said in its obituary. The film went on to receive five Academy Awards for Best Director, Best Actor, Best Actress, Best Picture and Best Adapted Screenplay.  “Amadeus” won eight Oscars, including Best Picture and Best Director.

Other Forman films include “Hair,” “Ragtime,” and “Man on the Moon.”