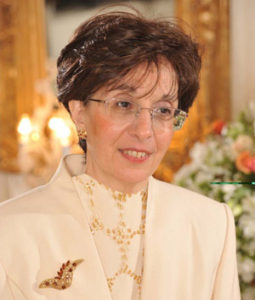 NEW YORK CITY (JTA) – The judge in the case of a murder of an Orthodox Jewish woman in Paris has declared the killing a hate crime after originally dismissing that charge. The examining magistrate reinstated the charge of murder aggravated by racial hatred, after the Paris prosecutor’s office appealed his dismissal.

Sarah Halimi, 65, was killed in April when her neighbor Kobili Traore, a 28-year-old Muslim man, threw her from the window of her third-story apartment. Traore was heard shouting about Allah and calling her “a devil” in Arabic. Halimi’s daughter said he had called the daughter a “dirty Jewess” in the building two years before the slaying of Halimi.

Traore is pleading temporary insanity, though he has no history of mental illness.

The psychiatric report, issued in September, concluded that on the night of the incident Traore suffered an “acute delirium” after heavy cannabis use, but that the psychotic disorder did not exclude his criminal responsibility, “not incompatible with an anti-Semitic dimension,” Le Parisien reported.