For first time at UN, India votes with Israel and against group with ties to terror 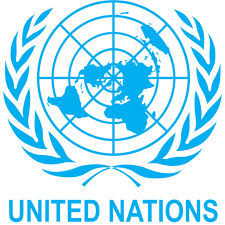 By JACKSON RICHMAN
(JNS) – For the first time , India has voted  with Israel at the United Nations against granting observer status to a Palestinian human-rights organization named “Shahed.”

The motion at the U.N. Economic and Social Council (ECOSOC) was rejected by a 28-14 tally.

“Thank you #India for standing with @IsraelinUN and rejecting the request of terrorist organization “Shahed” to obtain the status of an observer in #UN. Together we will continue to act against terrorist organizations that intend to harm,” tweeted Maya Kadosh, deputy chief of mission at the Israel embassy in India.

Kadosh told The Print that Shahed is connected to the terrorist groups Hezbollah and Palestinian Islamic Jihad.

“This is a good sign. … India was the first country to support us amongst the Asia group, so we are very happy,” she said.

“This is a truly historic vote. By taking a principled stand at the United Nations, India has finally broken a voting pattern reminiscent of the Cold War era,” Vijeta Uniyal, founder of Indians for Israel, told JNS. “In my opinion, the position taken today by Prime Minister [Narendra] Modi’s government finally reflects the long held of wishes and attitudes of the Indian people.”