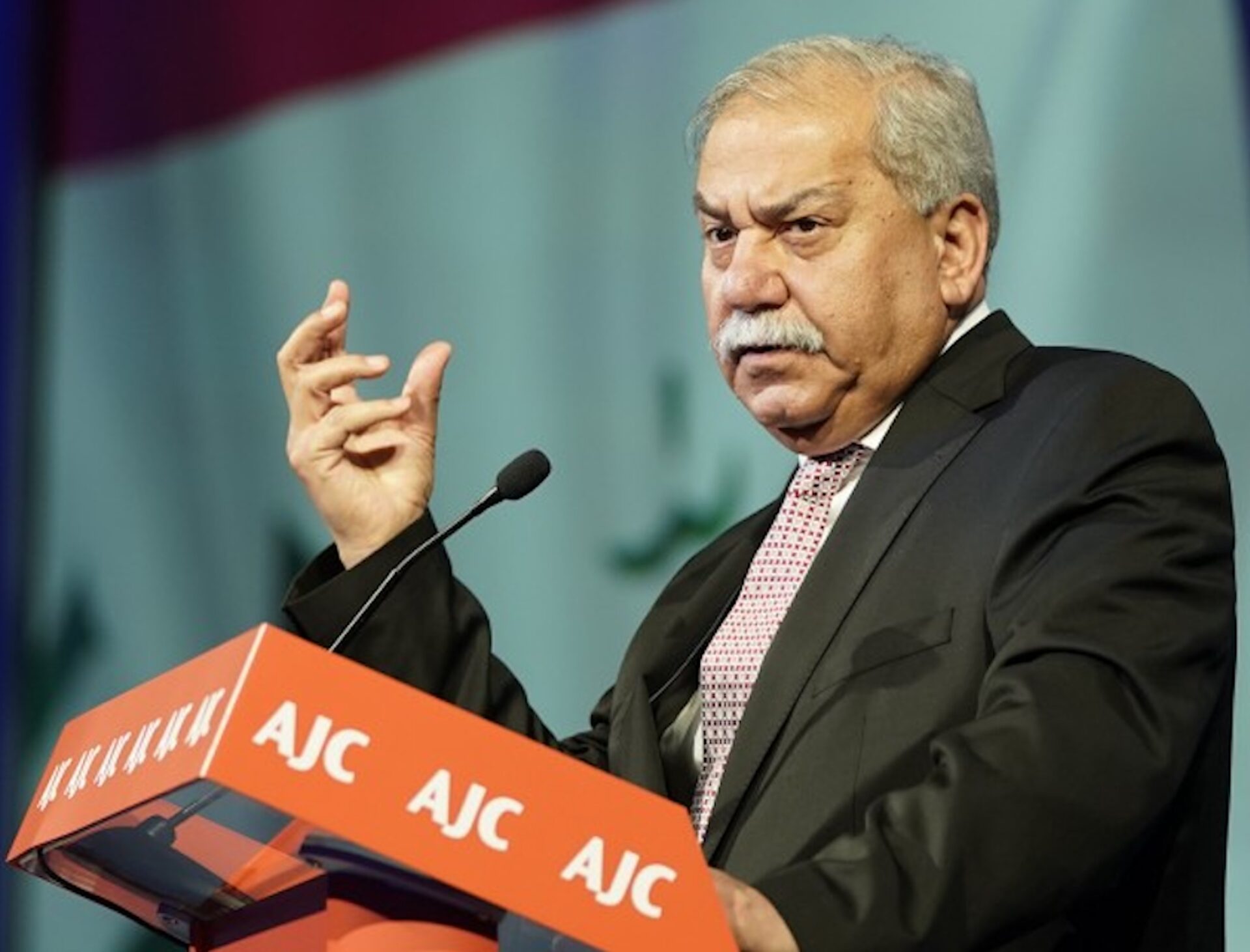 Former Iraqi parliamentarian Mithal al-Alusi, a longtime supporter of peace with Israel and a recipient of the American Jewish Committee’s (AJC) Moral Courage Award, was recently sentenced by an Iraqi federal court to seven years’ imprisonment for “insulting the judiciary.”

Insults For Peace
Article 226 of Iraq’s penal code, which dates back to Saddam Hussein’s rule, stipulates that anyone who openly “insults” the Iraqi government or its institutions, including the armed forces or courts, can be prosecuted and imprisoned for up to seven years.

Al-Alusi is not the only Iraqi activist to face such charges. 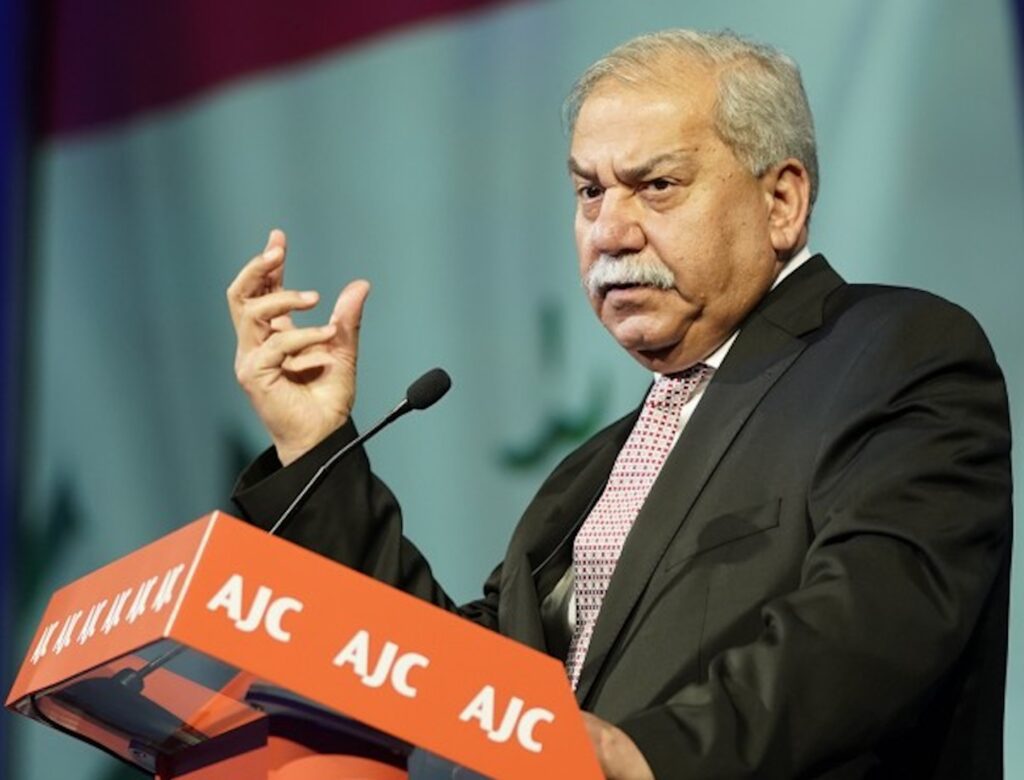 He has criticized members of Iraq’s judiciary for what he characterizes as complicity between them and Iran’s Islamic Revolutionary Guard Corps. Some Iraqi politicians have openly acknowledged their loyalty to Tehran’s radical regime, and he criticized them based on their public statements.

On Dec. 4, al-Alusi received an official court decision sentencing him to imprisonment for seven years. The document also confirmed the seizure of his home and confirmed the “right” of the “injured party” to claim financial compensation from him.

Al-Alusi told JNS that he has received word he is soon to receive official notice of prosecution from another Iraqi court for “promoting peace relations with Israel.”

Death Penalty?
In May, Iraq’s parliament approved a law that criminalized relations between Iraq and Israel. According to the legislation, promoted by Shiite cleric Muqtada al-Sadr, whose party won the biggest share of seats in last year’s election, cooperation with Israel, including in business, is punishable by death.

Al-Alusi said he expects that prosecutors will seek the death penalty against him in this case.

No stranger to controversy, he has long been critical of Iran’s interference in Iraq, which he believes undermines the values of his country’s constitution as well as its security.

Has Visited Israel
Elected three times to parliament despite massive propaganda campaigns against him, al-Alusi has promoted human rights, including women’s rights; a free press; the rule of law; and counter-terrorism cooperation among Iraq, the U.S. and Israel. He supports the establishment of a secular state that separates religion from the state.

Trouble started for al-Alusi in Sept. 2004 when, at that time an official in Iraq’s de-Baathification Commission, he traveled to Herzliya, Israel, to attend a counter-terrorism conference.

Sons Murdered
Upon his return, Al-Qaeda terrorists murdered his two grown sons, Ayman and Jamal, and their bodyguard, Hayder Hossain, apparently as payback for their father’s decision to visit and cooperate with Israel. Immediately after the murders, al-Alusi told a reporter, “My children, three people [in all]—one of my bodyguards and two of my children—died as heroes, no differently from other people who find their heroic deaths. But we will not, by God, hand Iraq over to murderers and terrorists.”

Refusing to be intimidated, al-Alusi remained in Iraq, running for parliament as an independent—and getting elected three times.

In the years since stepping away from politics, al-Alusi, 69, has remained in Iraq working as an activist, most recently speaking out to recommend that the country join the Abraham Accords, a peace agreement normalizing relations between Israel and several Arab nations. In 2019, he received the AJC’s Jan Karski Award.

Silenced?
In Sept. 2021, a conference was held in Irbil, Kurdistan, to promote peace between Iraq and Israel. In an unprecedented move, 300 Iraqi leaders called for full diplomatic relations between Iraq and the Jewish state.

Al-Alusi said he did not organize that particular conference, or attend due to health issues at the time, but that he agreed with its premise that Iraq should be part of the Abraham Accords. He has long championed counter-terrorism and economic cooperation between his nation and Israel because “Israel is a modern state and an important part of the Middle East.”

“If they do succeed to silence a [former] parliament member with thousands of people behind him, if they silence me, it will mean no one will be able to speak for peace,” he said. 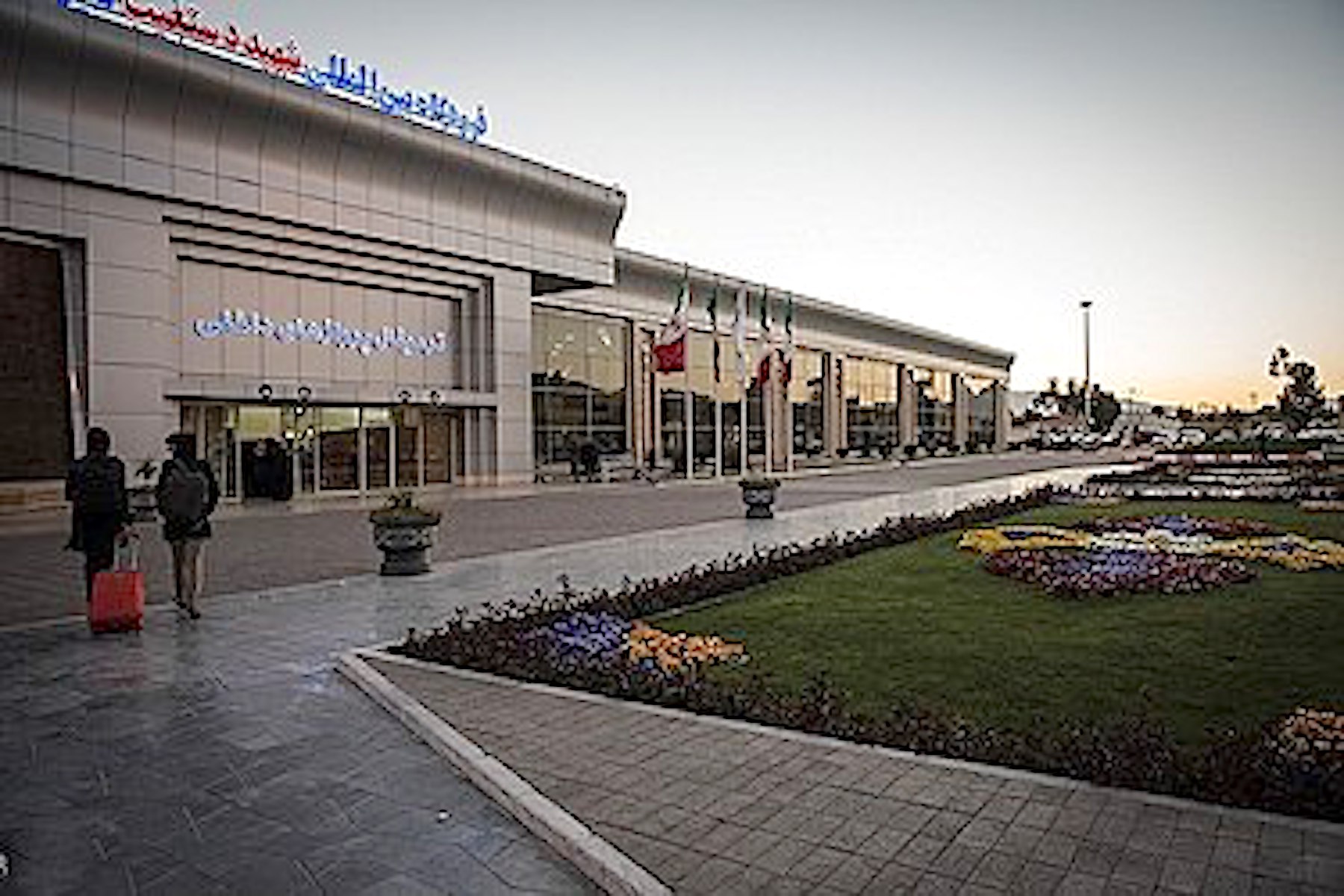 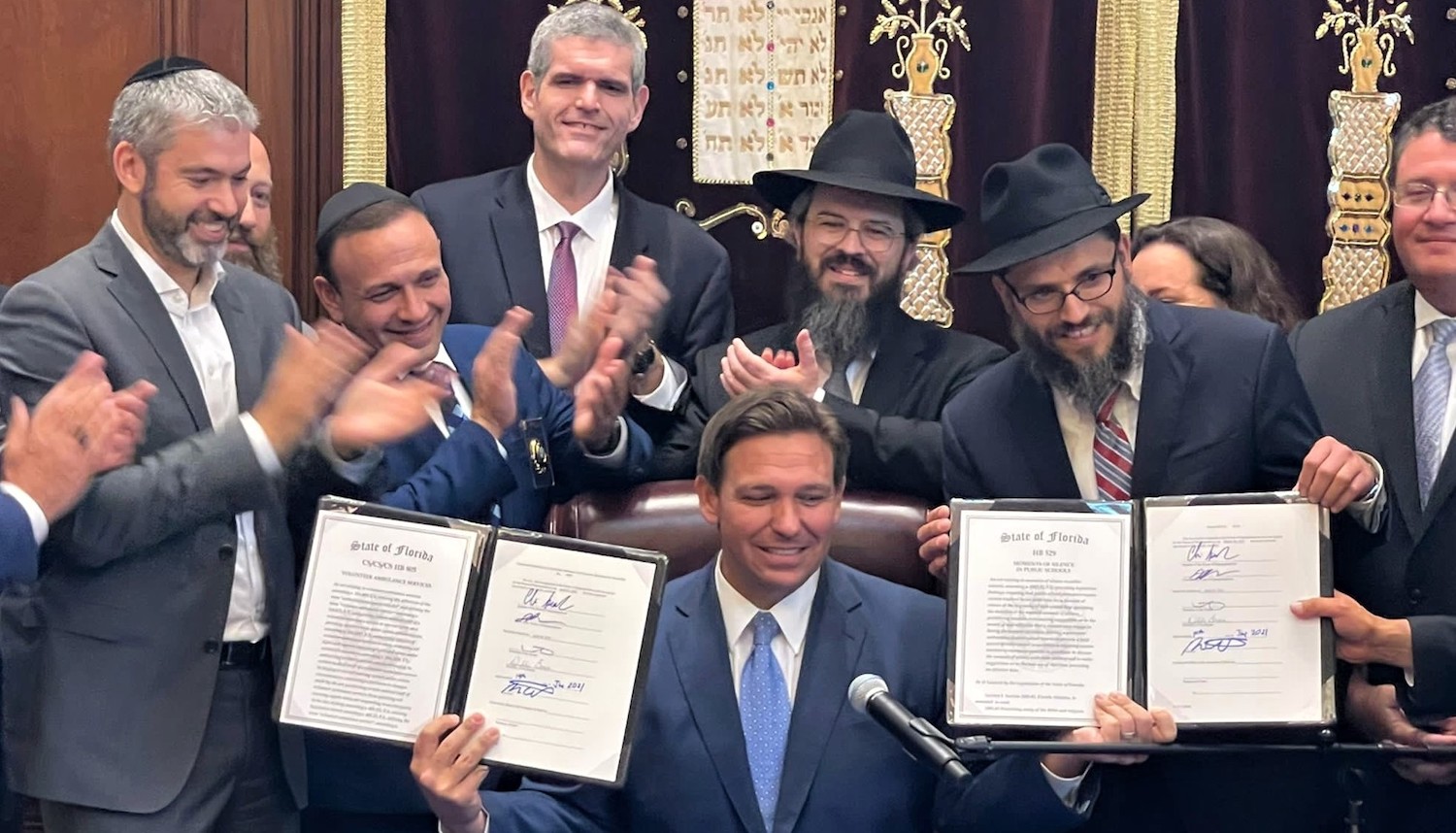 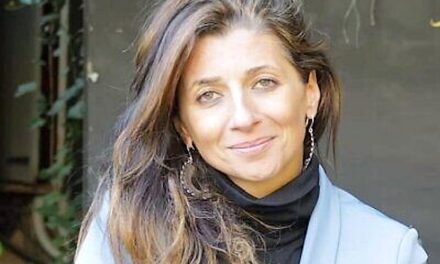 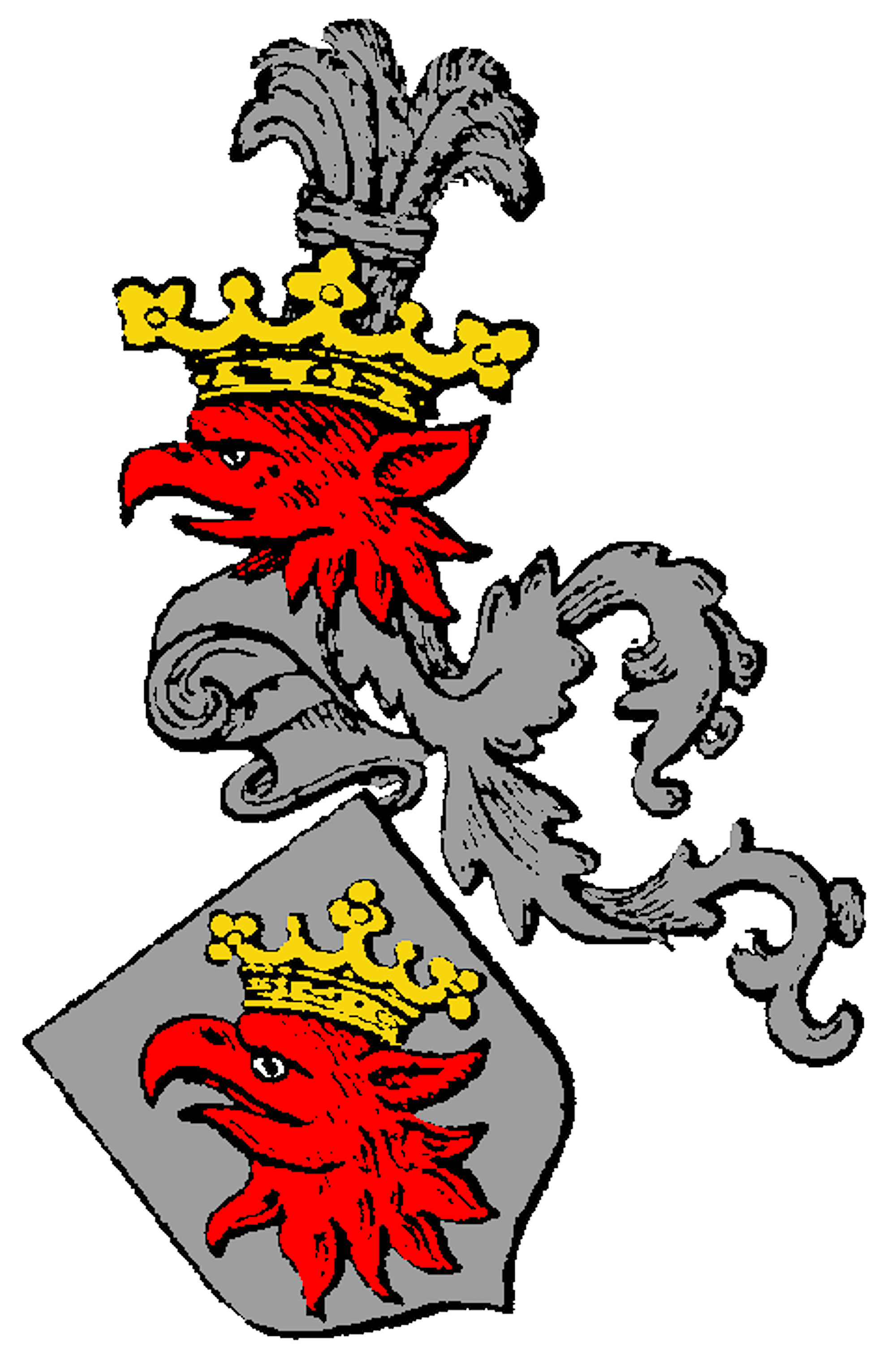