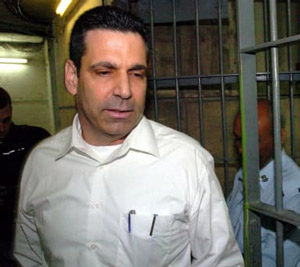 As part of a plea deal, Segev admitted to spying for Iran for five years using a clandestine channel and providing them with top-secret information, but argued that he wanted to serve as a double agent, providing information to Iran while concurrently obtaining more significant information that he could give to Israel.

Many of the details of the case remain under gag order.

Segev previously served as Israel’s minister of energy and infrastructure, but spent time in jail for forgery, fraud and drug-smuggling. He was extradited from Equatorial Guinea in May and charged by Israel with spying against the State of Israel, assisting the enemy in a time of war and providing intelligence to the enemy.

Segev was said to have met his Iranian handlers in secret locations and attempted to network between them and Israelis in the defense establishment under the guise of creating business partnerships in the area.

He lived in Nigeria for almost 10 years, during which time he practiced medicine. His license had been revoked in Israel. He was arrested for drug-smuggling and credit-card fraud while attempting to smuggle 32,000 ecstasy tablets from the Netherlands to Israel in 2005.

Eson to review Mary Morris’ book at AJCC on March 13
Abbas: ‘We have been paying martyrs and families since 1965, will continue to do so’