Get out your crystal ball! Take the 5780 Jewish pundit quiz 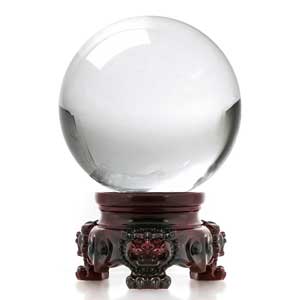 By JONATHAN S. TOBIN
(JNS) – The year 5779 brought tragedy and great sorrow to the Jewish community as the Pittsburgh and Poway synagogue shootings by white supremacists represented the worst instances of violent anti-Semitism in American history. The month of January also brought two supporters of the anti-Semitic BDS movement to the House of Representatives, as well as undeserved legitimacy to these Israel-haters. But in spite of these sorrows, it was also a year in which Israel continued to thrive in spite of its dysfunctional politics.

Still, even as we worry about synagogue safety and argue about President Donald Trump, Israeli Prime Minister Benjamin Netanyahu, Israel, global anti-Semitism and just about everything else while also accounting for own misdeeds, we shouldn’t lose what is left of our sense of humor.

So before the Almighty writes down just how much worse (or better) it will be for us in the proverbial Book of Life, I present (with apologies, as always, to the late New York Times columnist William Safire) the latest edition of my annual Jewish Pundit Quiz for 5780.

So guess, or should I say prognosticate, along with me about the coming year.

Last year, I correctly predicted that Israeli Prime Minister Benjamin Netanyahu would survive in office and the outcome of the midterm congressional elections. But I was wrong about the Trump peace plan being revealed in 5779. My answers to this year’s quiz are at the bottom of the article. Save this column and see which  who has the right answers.

Remember, if you are worried about the outcome, teshuvah (“repentance”), tefillah (“prayer”) and tzedekah (“acts of justice and charity”) may avert the severe decree.