By GABE FRIEDMAN
NEW YORK CITY (JTA) — “The Marvelous Mrs. Maisel,” one of the most thoroughly Jewish shows on television, capitalized on its strong reviews by earning a Golden Globe nomination 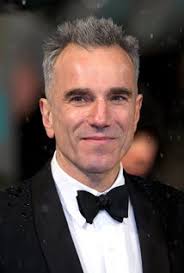 The Amazon Studios sitcom created by Amy Sherman-Palladino, the Jewish writer who is best known for the early 2000s hit “Gilmore Girls,” follows a 1950s Jewish housewife who becomes a standup comedian. JTA said back in March that the show “makes the characters’ Jewishness an integral — but not overdone — part of their identities.” But Sherman-Palladino was far from the only Jewish star nominated for a Golden Globe on Monday, Dec.11.

Here are the rest of the nominees. 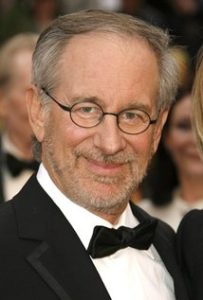 Ansel Elgort — best performance by an actor in a motion picture, musical or comedy
The baby-faced 23-year-old is nominated for his star turn in the heist flick “Baby Driver.” His father is Jewish and his maternal grandmother spent time in a concentration camp for helping smuggle Norwegian-Jewish children out of the hands of Nazis.

Alison Brie — best performance by an actress in a television series, musical or comedy
Brie, who has a Jewish mother (and started her acting career at a California JCC), charmed viewers in her role on Netflix’s “Glow,” which dramatizes the creation of a women’s wrestling show in the ’80s.

James Franco — best performance by an actor in a motion picture, drama
The perennial Jewish star’s latest role is Tommy Wiseau, who directed “The Room” — deemed by many as the worst film ever made. Franco also directed and produced the film-about-a-film “The Disaster Artist,” which was nominated for best motion picture, musical or comedy.

Maggie Gyllenhaal — best performance by an actress in a television series, drama 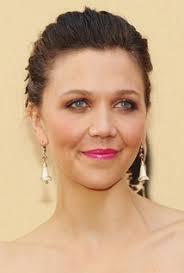 Timothée Chalamet — best performance by an actor in a motion picture, drama
This 21-year-old, born to a French father and Jewish-American mother, is nominated for his role in “Call Me by Your Name,” which follows a gay love affair. It’s a big year for the youngster: He also appeared in “Lady Bird,” which garnered multiple Golden Globe nominations.

Pamela Adlon — best performance by an actress in a television series, musical or comedy
The Jewish actress, also known for her work writing and acting in the embattled comedian Louis C.K.’s FX show “Louie,” was nominated for work on her own show, “Better Things” (which she co-created with Louis C.K.).

Liev Schreiber — best performance by an actor in a television series, drama
This is the fourth year in a row that the brawny actor has earned a nomination for his role on the crime drama “Ray Donovan.” He talked to JTA earlier this year about how his Jewish grandfather inspires him. 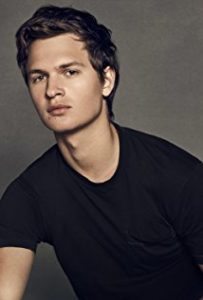 Aaron Sorkin — best screenplay, motion picture
The Oscar winner is nominated for his screenplay, but also makes his directorial debut in “Molly’s Game,” based on a memoir by Molly Bloom, who held underground poker games for Hollywood’s elite.

Josh Singer — best screenplay, motion picture
The Jewish screenwriter is nominated for co-writing the script for Spielberg’s “The Post” with Liz Hannah. He earned an Oscar for co-writing “Spotlight,” the last journalism-themed film to win big on the awards circuit, in 2015.

Hans Zimmer — best original score, motion picture
This is business as usual for the film-scoring titan, who has won multiple Golden Globes, multiple Grammys and an Academy Award. This year he is nominated for his score for “Dunkirk,” director Christopher Nolan’s epic about the World War II battle.

The Golden Globe award presentations will be on Jan. 7.

Judah Maccabee went to the doctor. Then the anti-Vaxxers got very mad.
Why some Jewish groups aren’t thrilled about the upcoming tax overhaul