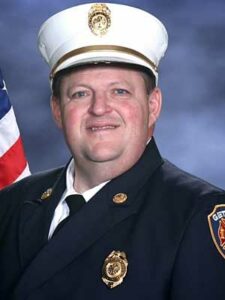 Governor Andrew M. Cuomo ordered flags on state government buildings to be flown at half-staff on Tuesday, Nov. 5, in honor of former Getzville Fire Company Chief and President Irving Isenberg, who died from an illness resulting from his work at the World Trade Center site following the September 11th terrorist attacks.

“Chief Isenberg dedicated his life to serving his community and fellow New Yorkers and put his own wellbeing at risk in the wake of one of the darkest tragedies in our nation’s history,” Governor Cuomo said. “His passing is a reminder of the great heroism of our first responders on that day and every day that followed. On behalf of all New Yorkers, I extend our deepest gratitude to Chief Isenberg and direct flags be flown at half-staff to honor his memory.”=

Chief Isenberg served his community for 35 years, including as part of a detachment of ambulances from Western New York that rescued survivors at Ground Zero in the days following the September 11th terrorist attacks. He served the Getzville Fire Company for 29 years including as chief and president before his retirement. He was a native of Erie County.