Have We Learned The Lesson Of Tisha B’Av? 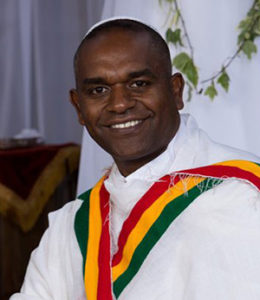 By Shmuel Legesse
The Jewish Press.com

According the Talmud, the main reason for the destruction of the second Holy Temple was baseless hatred. As the Tosefta (additional commentaries) at the end of Tractate Menachot explain, this tragedy befell the Jewish people because “each one hates his neighbor.”

The Talmud further imparts that each generation in which the Holy Temple is not rebuilt is guilty of the same sin that caused its downfall.

Earlier this month, on the very eve of the annual mourning period for the as-yet-unrectified destruction, we saw the stories in the media, both Jewish and secular, concerning a number of North American rabbis apparently targeted by the Israeli Chief Rabbinate for exclusion from its official recognition and approbation.

The people on the list are wise and beloved teachers and fathers who have contributed invaluably to and are continuing tirelessly to build the Jewish communities of the Diaspora and of Israel itself. They, along with their students, children, and families, have invested their lifeblood and resources in the Land of Israel, without any limits.

There is almost nothing you can find in Israel today that does not bear some direct or indirect connection to the supportive endeavors of these blacklisted leaders. Their hands and hearts have touched all, their offerings are legion, and their impact is legendary.

If the Israeli Chief Rabbinate were to find fault with words or actions that might imperil the care of congregants or the safety of students, then perhaps, with carefully verified allegations, a blacklist might be warranted.

But there has been no mention of any wrongdoing of a pernicious nature, no implication that any harm has come to the general Jewish public at the hands of these rabbis. On the contrary, these upstanding men serve their communities and congregations with full hearts.

Some of the rabbis on the list spent lifetimes working on behalf of the Jewish people and are no longer with us in this world. Why must deceased rabbis be included with the living on such a list, calling into question the legacies of those no longer able to defend their records or clarify decisions they may have made under circumstances that differ so much from our own?

Then there are the still living and active individuals listed. One example that hits home with me: Rabbi Yehoshua Fass, one of the founders of Nefesh B’Nefesh, the highly respected non-profit organization that has replaced the Jewish Agency for Israel in facilitating the aliyah process.

Jews around the world are familiar with the organization’s name and its astounding success. International Jewish agencies, Israeli government officials, and religious leaders have praised and rewarded this unique enterprise.

Nefesh B’Nefesh has played a special role in my own life. I am an Ethiopian Jew who made aliyah from the United States under its auspices and so can testify as a firsthand witness to how much great work it has done building up the nation of Israel. And its co-founder found himself on this blacklist. For what good reason? We see this man’s work and the fruits of his labor. Indeed, Israeli Chief Rabbi David Lau, who said he was stunned by the existence of the list, has since apologized to Rabbi Fass.

I am not aware of any serious allegations against the listed leaders – but even if some made mistakes, human beings are fallible. Even Moshe Rabbeinu erred. Including their names on such a list is simply, inescapably, lashon hara (evil speech) of the highest – or, rather, the lowest – order.

How can we expect to come before God and ask Him to rebuild our Holy Temple? Before doing so we must at least begin to show Him that we have learned the lesson of its destruction.