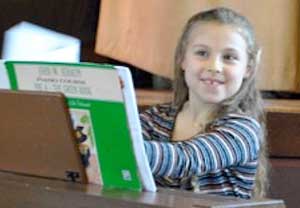 ALBANY– Students at the Hebrew Academy of the Capital District (HACD) recently got a chance in the spotlight at the school’s third annual talent show. Twenty students, from first-graders to eighth-graders, took part, showcasing their talents to their families, friends, and fellow students.

Event organizer and HACD parent Martha Moscowitz got the afternoon started by leading the crowd in the school song. Dan Scher, director of Camp Givah, and parent to two HACD students, kept the show running smoothly as the master of ceremonies.

Performances included comedy routines, magic tricks, piano pieces, dance acts. This year also featured two mother-daughter acts, including Faina Smagorinskaya and her fourth-grade daughter Raya, who did a joint gymnastics routine. “We both really enjoyed being in the talent show,” Smagorinskaya said. “Raya choreographed the routine on paper but we brought it to life on stage together.”

For many students, the talent show offered an opportunity to share their extracurricular activities with their school. Second-grader Maya Packer, who played several songs on the piano, said that she wanted to participate because “I like piano and want to show everyone that I do.” 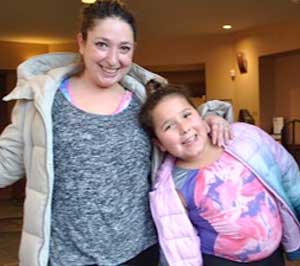 Packer smiled throughout her whole performance, although afterwards, she said, “my hands were tired.”

Older students helped out by designing posters for the event, taking photographs of the performers, and helping HACD parent Frank Moscowitz with tech support. Some HACD alumni even returned to participate in the dance routines that closed out the afternoon. Afterwards, performers and audience members mingled over sufganiyot (jelly donuts).