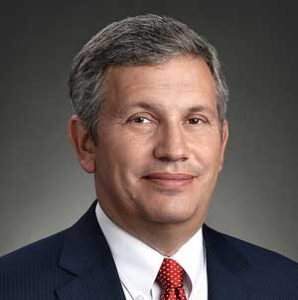 Greenberg will serve a one-year term as president. He succeeds Michael Miller, of New York City.

“It is the highest honor of my professional life to be president of an association with such a proud history of serving as the voice of New York’s legal profession,” said Greenberg. “Lawyers are indispensable to the rule of law, administration of justice and ordered liberty. No other profession has a higher or nobler calling.

Greenberg said that in the coming days and weeks, NYSBA will announce numerous initiatives focused on a range of legal subjects and public policy issues that merit examination and recommendations for reform.

Greenberg, a past Temple Israel of Albany president, is a shareholder at Greenberg Traurig and concentrates his practice on civil litigation, criminal and civil investigations, and regulatory and administrative law.

He is a former counsel to then-New York State Attorney General (now governor) Andrew M. Cuomo, general counsel for the New York State Department of Health, and a federal prosecutor. Among other government posts, he also served as a law clerk to then-Associate Judge (later chief judge) Judith S. Kaye of the New York Court of Appeals.

Previously, he served in NYSBA’s House of Delegates as vice president of the Third Judicial District, and was chairman of the Committee on the New York State Constitution, the Committee on Court Structure and Operations, the Legislative Policy Committee, the Steven C. Krane Special Committee on Law School Loan Assistance for Public Interest, and the Committee on Attorneys in Public Service.