How Historians Will See Canary Mission Years From Now 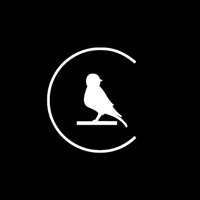 By Edwin Black
On a recent Thursday, at about 8 am, on a desk illuminated by light from a nearby window, a paper cup of steaming coffee laden with cream and sugar was nudged near an open laptop, thus beginning a ten-to-twelve-hour day of mind-numbing monitoring by a Canary Mission [CM] staffer at one of the organization’s several locations. In endless social media searches, refreshes, clicks, video reviews, forwards and saves, the Canary Mission staffer will capture the worst of the openly anti-Semitic and anti-Israel Boycott, Divestment and Sanctions agitation and hate speech erupting all across America’s campuses. Their work also encompasses white nationalism.

BDS advocates often spew some of the most venomous hate speech visible on the Internet, hate speech that Canary Mission captures and re-publishes in personal profiles. For example, the tweet by a Chicago activist with Students for Justice in Palestine who tweeted this joke: “Why did Hitler commit suicide?…….. He saw the gas bill. Pahhahaha.” Or the UCLA protestor whose Twitter account was captured with this remark: “Mmmaaaannnnnnnnnnn what’s with all this peaceful approaches!?? F**k that. I want terrorism and another intifada.” The same UCLA student reportedly added a photo close-up of a gun and bullets.

After the massacre at Pittsburgh, calls went out broadly to monitor, spotlight, and report hate speech, especially since hateful acts of violence are often preceded by hate speech. That is precisely what Canary Mission does. Canary Mission tracks social media and videos, capturing BDS, anti-Zionist, and anti-Semitic expressions, triangulating them into individual profiles that expose and create permanent highly-visible records of the words and images BDS and SJP leaders actually use. The profiles are almost always incontestable since CM links to actual videos, tweets and other open documentation. Canary Mission’s intent is to shine an indelible light on students, faculty, and others, thus creating a negative incentive or at least a consequence for anti-Israel and anti-Semitic hate speech.

Canary Mission began in 2015 with just 50 profiles. By December 2018, about 2500 profiles have been listed. CM has received about 80-100 requests for removal. Very few have been made. One staffer explained, “Even small errors are exceptionally rare due to our strict internal protocols. On the handful of occasions that we found an error, we made an immediate correction.”

Canary Mission has arguably proven itself the single most effective effort against BDS and hate speech. A CM program called “Ex-Canary” features remorseful hate speech purveyors. Thirteen reformed Ex-Canary individuals previously featured “have since rejected the latent anti-Semitism prevalent among anti-Israel organizations and activists,” explains a CM staffer, adding, “These individuals have displayed the intellectual honesty to acknowledge the problem of anti-Semitism within anti-Israel organizations such as Students for Justice in Palestine (SJP), Jewish Voice for Peace (JVP) and the Boycott, Divestment, Sanctions (BDS) movement. They have shown moral courage to recognize their earlier mistakes.”

A recent article in the pro-BDS publication, The Intercept, was headlined: “It’s Killing the Student Movement: Canary Mission’s Blacklist of Pro-Palestine Activists Is Taking a Toll.” The article cited BDS activists who have shut down their social media fearing a Canary Mission profile. The Intercept reported, “A survey of over 60 people profiled on Canary Mission, conducted by the group Against Canary Mission, found that 43 percent of respondents said they toned down their activism because of the blacklist, while 42 percent said they suffered acute anxiety from being placed on the website.”

Ironically, at a time when Canary Mission’s monitoring seems the most needed, the organization is fighting a public relations war in the Jewish media, the anti-Israel media, and the activist media. To me, it’s confusing. Canary Mission is doing the very same thing that the Jewish Telegraphic Agency and many other newspapers asked me to do in 2013 when, in an award-winning syndicated series entitled “Funding Hate,” I documented the virulent intersection of NGOs and anti-Jewish and anti-Israel hate speech at a UN conference in Durban. That international hate fest was replete with Jewish caricatures, Nazi emblems and Hitler adulation, in large part funded by the Ford Foundation. As a consequence of the series, the Ford Foundation revamped its funding.

Early twentieth-century media defenders of Jewish rights, such as Forverts, Der Tog, and the Jewish Daily Bulletin laid the ground work with their fearless coverage of both Jew haters and those in the Jewish community who failed to stand up to them. Typical was a blistering editorial in a 1933 edition of Der Tog that bitterly attacked the American Jewish Committee and B’nai B’rith for their “policy of fear and silence” during the rise of Hitler. They even undermined anti-Nazi protest. “What [do they] propose?” Der Tog asked. “Silence and nothing else! … [Our] people are determined to fight for their very life.”

Despite generations of precedent, a confusing picture of Canary Mission now exists in some parts of the Jewish and larger media. The admittedly press-shy organization is often negatively referred to as “shadowy.” But when the group first emerged in late 2015, it took me only 34 minutes communicating cold via their website to secure interviews for syndicated publication, and eventually a photograph taken in their office. That first request was only three words: “contact me back.” Since then, I have monitored the group, especially as ominous news stories have appeared in the Jewish media and they routinely reply at the same speed and caliber as most other Jewish groups. Like other Jewish organizations, Canary Mission admits to being selective in its media contacts. For this article, more than two dozen routine written and verbal exchanges transpired—as routinely as for any Jewish organization.

There seems to be much mythology about Canary Mission’s physical presence on campus. One fallacy surrounds a purported visit Canary Mission agents made to George Washington University’s campus during an April 2018 BDS vote. Canary Mission did remotely review and report on Internet postings of BDS hate speech, such as claims that Israel is “poisoning Palestinian water,” and one tweeted threat “to physically fight” Zionists “the next time I see them.” But then, two unverified images of individuals in yellow bird costumes were circulated by some media, along with an unverified student account of costumed or masked figures dancing ominously outside the GWU BDS vote. On its face, it is implausible that Canary Mission agents in bird costumes would make an appearance at an event where they are reviled and subject to physical confrontation. Nonetheless, some publications have prominently used a picture of a yellow beak-masked person at GWU to symbolize the actual organization. When asked about any GWU appearance, and the photos circulated, a senior Canary Mission staffer chortled, “Definitely not us. We viewed it as childish and unhelpful,” adding, “It seems more likely to be a couple of local students.”

To date, the only legitimate known photo of Canary Mission operatives is the one taken at my request—a staffer’s hand over a laptop displaying the CM website.

Similarly confusing is a common media assertion that Canary Mission’s tactics violate core “Jewish values.” One typical article cited a list of student groups complaining the tactics are “antithetical to our democratic and Jewish values” and “morally reprehensible.” To check that I asked the Coalition of Jewish Values, representing about 1,000 rabbis. CJV’s president Pesach Lerner responded, “Everything Canary Mission reports is public information, based upon statements at demonstrations and in social media. So on the contrary, it is a mitzvah to protect the reputations, safety and lives of innocent Israeli Jews against those who have, in their public statements and actions, embraced anti-Semitic boycotts and demonization.”

Canary Mission is funded through tax-deductible entities. The media campaign to undermine Canary Mission also includes seeking out CM’s donors, trying to stigmatize those who are financially supporting the blacklisting and documenting of hate speech and anti-Israel delegitimization. Ironically, many of these media corporations are themselves tax-deductible agencies that solicit donations hourly. All too often these publications obscure their own funding and fund-raising activities—which can be triggered with the click of the omnipresent “Donate” button. Anyone in any country can click to pay via a credit card or PayPal. Some pre-set online buttons allow $1,000 clicks. One such media button, when tested, allowed a $100,000 donation. Major media grants are often solicited with written proposals promising editorial slants or directions. Some media even seek funding for specific investigations or features. Whereas major TV and print media, such as the Associated Press or PBS often identify their funding, such transparency is commonly absent from the many Canary Mission detractors in the Jewish media.

It all reminds me of the acrimonious divisions in the American Jewish community that arose during the Hitler regime. Today—a generation later–historians recognize that such defense-minded entities as The Jewish War Veterans, the American Jewish Congress, Forverts and the Jewish Daily Bulletin rose to the occasion and stood up for Jewish rights. The silent and fearful leaders of B’nai B’rith and the American Jewish Committee have been skewered in the lens of history for their shameful lack of courage in the face of Nazi oppression, and even for attacking or demonizing Jewish leaders who did dare to speak up.

A generation from now, when the chronicle of our era is written, how will historians judge those who acted to defend against anti-Jewish and anti-Israel bigotry—and those who did all they could to frustrate those efforts? History’s analysis may repeat itself as historians once more view harshly those in the Jewish community who used their power to obstruct Jewish defense.

Edwin Black is the New York Times bestselling investigative author of IBM and the Holocaust, The Transfer Agreement, Financing the Flames, and the Funding Hate series.