How I almost ruined my first Passover seder 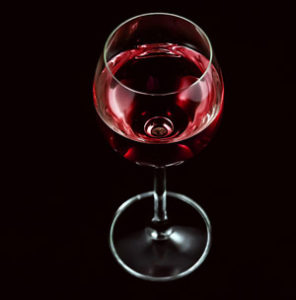 By BRIAN D. JOHNSON
MADISON, Wisconsin (JTA) – Somewhere, there’s a photograph: My future father-in-law is sitting at the head of the table. My future mother-in-law is sitting to his left and I’m sitting on his right, wearing a suit, tie and kippah. My stunningly beautiful fiancée is next to me, and the rest of the table consists of three grandparents, one uncle and two next door neighbors.

Learning The Ropes
The photo is about 30 years old, and six of the 10 people seated at the table are now dead.

It was my first Passover, and I very nearly screwed it up.

My fiancée and I had been engaged for just a few months, and I was slowly being accepted into her family following a very rocky introduction as the goy who wanted to marry their first-born daughter. It had taken Henry Kissinger-level diplomatic skills for me to end up seated to the right of my future father-in-law. There had been a very real possibility that my in-laws would sit shiva for their wayward daughter. It may not have been peace in the Middle East, but there was definitely a truce between a large Brooklyn Jewish family and this Arkansas boy.

I felt that all eyes were on me because this was my first seder – and it was a seder under very difficult circumstances. I decided to adopt a role model during the seder, someone to follow move-for-move, and I decided to select my future uncle-in-law.

I knew that he was more religiously observant than my fiancée’s dad, and because he was almost directly opposite me, I would only need to glance up to learn the moves. It seemed like a good choice at the time.

I made it through the first couple of hours OK. I didn’t have any trouble with the (English) passages my father-in-law assigned me, though the names of the rabbis got stuck in my mouth. I made it through the egg, the hand washings, the four sons, the 10 plagues, the parsley dipped in salt water, the Hillel sandwich and the three cups of Manischewitz Extra Heavy Malaga.

The Wine
I was following the uncle’s lead. And when the Haggadah said to drink the cup of wine, he drank a full cup of wine.

I noticed that my fiancée was only sipping her wine, but I figured this was one of those male/female things in Judaism that I had heard about and seen with my own eyes in Borough Park and Crown Heights. The Malaga went down nice and smooth.

Then came the dinner. My mother-in-law had prepared a sumptuous four or five course spread. I even enjoyed the tzimmes. The gefilte fish was trickier, but with an ample application of maror, it was OK.

My father-in-law, who was becoming a wine connoisseur, had located some kosher-for-Passover wine that was decidedly better than the Malaga we had consumed before dinner. There were three different types of wine and, at his insistence, I had a full glass of all three types with the festive meal.

I wasn’t exactly a lightweight. As a graduate of both public and Ivy League universities, I had completed all my coursework in inebriation, and by the end of the meal, I had that certain feeling that I had had enough for the evening and that any more might prove to be an embarrassment.  I was certainly glad I wasn’t the one driving home.

After Dinner Rest
After dinner, we had scattered to the couches and Eames chairs in the living room, and I started checking my watch. I had a sense of victory: I had not only made it through the seder, but had passed with flying colors. I found the afikomen and ransomed it for Yiddishkeit lessons from my father-in-law. I opened my mouth when I was supposed to and kept it shut otherwise. All was well indeed.

Until my future father-in-law announced:  “OK everybody, time for the second half of the seder,” and the Haggadot were redistributed around the table.

All I was fit for was to pay my hosts a “Zeisen Pesach” and enjoy the view from the Verrazzano Bridge on my way back home.

Second half? No, this must be a joke.

But it was worse than I had feared. A fresh bottle of Malaga was set on the table, and I learned that there were two more glasses of wine to drink. Under slightly different circumstances, the musical cue for that moment would have been, “One Toke Over The Line.”

But it was even worse than that. At the close of the service, we had to sing songs, including “Who Knows One?” and “Had Gadya.”

You’ve got to be kidding me, right? After seven glasses of wine, I was barely fit to sing “Row, row, row your boat,” much less two songs with about 13 verses each. And here I am trying to keep up in transliteration and understand the English at the same time! I almost cried.

But my suffering was far from over. The dinner dishes and glasses had to be washed and, as I was the one trying to brown nose my way into the family, I was committed to helping my future mother-in-law wash and put away the fleishig Passover china. I was the unofficial Shabbos goy while she smoked Benson & Hedges, drank the leftover wine out of the glasses and told me all the bad things about her daughter she thought I should know.

What Am I Getting Into?
I remember feeling that I was the victim of an immense practical joke. I thought about how some families would be doing this same ritual tomorrow night and my mind quailed at the idea. This was one of those many moments during my journey to Judaism where I thought, “I have no idea what I’m getting into and I am completely unprepared.”

As for my future uncle-in-law, he had been training for the Passover seder his entire life. The seven – or more – glasses of wine bowed his posture but didn’t seem to slow him down at all. Clearly, I was the novice in so many ways.

There have been decades of Passover seders since then, and I’ve led a few myself. But the first one was the most fraught with opportunities to screw up.

Love Is My Answer
This year, I’ll be leading my synagogue’s community seder, and I want to emphasize love. We spill the wine when we recite the plagues out of sorrow: Though it may have been necessary for our redemption, we need to feel sorrow that the Egyptians had to suffer through the plagues. There is no joy in their plight.

Since that first seder, I have become a Jew. It took a while for me to commit my Christian apostasy, but I did it, and that freed me to make what was for me a better choice. In some of our ancient texts, it is debated whether humans are higher or lower than animals. One line of thought is that we’re lower than animals because animals can’t sin and humans not only sin, we choose to sin.

Well, we can also make good choices, too. For me, one good choice was to give up drinking altogether. There are other good choices, such as unshackling ourselves from what’s holding us back from embracing mitzvot, the greatest gift Hashem has given us. At the seder, we are reminded that we have been given freedom. Let’s make the most of it.