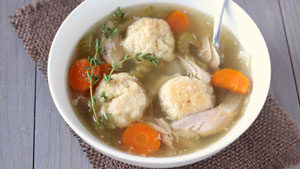 By STACEY ZISOOK ROBINSON
(Kveller via JTA)  – As a kid, I didn’t live a particularly Jewish life. We were sent to Hebrew school on Tuesdays and Thursdays and got dropped off at Sunday school. We fidgeted through services occasionally — usually because we were attending a bar mitzvah or it was High Holidays season. I went to Saturday morning services pretty regularly the year prior to my own bat mitzvah — only because it was a requirement. My parents were under no such requirements, so their weekends were filled with other things.

Culturally Jewish
They got their Judaism through osmosis, I guess — the act of taking us to temple, their proximity to the building, hearing us practice a prayer or a chant. That was Jewish enough for them.

Don’t get me wrong, they took great pride in their Judaism. Not only did they occasionally drop into a service on Shabbat, they never missed attending High Holidays services, enjoyed lox and bagels on Sunday mornings at the local deli (and the much less kosher ribs on Sunday nights), followed all the “famous” Jews who made it into the news for good (ya!) or ill (oy!), and observed all the holidays (that they knew of), and by “observe” I mean mom cooked a huge meal and the extended family came to feast.

Holidays Mean Soup
The beginning of every holiday meant soup. Chicken soup, replete with lokshen (noodles), knaidlach (matzah balls, the harder the better), kreplach (think “Jewish ravioli” and you’ll be close). Even those occasional Friday nights when, for no discernible reason, mom got it into her head to “do Shabbat,” dinner started with chicken soup. And while her mother would make the noodles from scratch, along with the kreplach and knaidlach, mom was happy to start with the package variety of everything but kreplach.

My mother visited her mother often. We lived in the south suburbs of Chicago; Bubbie was on the north side, our version of the shtetls of Poland and Russia, though made up of high rises and gorgeous lake views. Still, Tevye would have fit right in after a day or two. Every so often, her pilgrimage had a specific mission: replenish the kreplach supply. She stored them in the freezer until needed. I would come across the bag every so often as I searched for something else and I would seriously think of taking — just one! — to eat, but in the days before microwaves, I couldn’t come up with a way to do it quickly and, more important, stealthily.

Where Are The Recipes?
As my grandmother aged, though the quality never diminished, the amount of kreplach did. It was difficult for her to chop the meat by hand, in her wooden bowl and with an ancient blade.

Somewhere my mother has that recipe for kreplach, as dictated by my Bubbe. There’s even a video of her, my mother, sister-in-law and niece learning the art of kreplach-making. Mom also has the recipes for brisket and chopped liver and challah and roasted chicken and kishke and every other food that has come to mean holiday and feast and family and love. Most are kept in her head. I told her years and years ago that she never needed to buy me another present, that for any birthday or holiday, all she needed to do was write down one of the recipes. She swears she’s doing this, but I’m not holding my breath.

“You’ll Know”
When I make my soup — as I did last year for Rosh Hashanah — I think back to my Bubbie, whom I called the first time I made her soup. Add some salt, she said. How much? Enough. You’ll taste it. But it’s water, Bubbe!! You’ll know. An exasperated sigh. Add the carrots after you’ve skimmed off the dreck that floats to the top. Dreck? Ew. Don’t forget the dill! How much dill? Enough. You’ll know. Oy. I was beginning to sense a pattern here. Finally: And five minutes before it’s done … Wait. What? How will I know when it’s done? You’ll know.

I feel my grandmother with me whenever I make her soup. I feel her mother, and hers, and all of them — that long line of them back to forever ago. My kitchen is crowded with their presence, in the steam and the scent and the bubbling pot that holds so much more than soup.

I got lost in that thought as I stirred and skimmed that day. My 17-year-old came into the kitchen.

“Soup!” he said. I nodded. “You know, you have to write that recipe down for me before I go away to school next year.” I nod again, mostly because I couldn’t talk in that minute. “Is it done yet?”

Hug a chicken and 4 other twists on traditional High Holidays rituals
A Jewish ‘Dreamer’ is scared, but refuses to despair