How will Netanyahu’s dept to Trump be paid? Bibi’s IOU 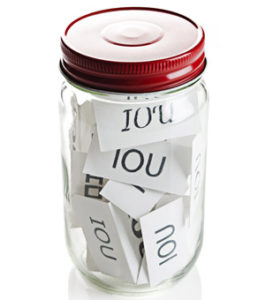 DC Report
By Douglas Bloomfield
Benjamin (Bibi) Netanyahu won a historic fifth term this week as Israel’s prime minister, and Donald Trump was one of the biggest donors to his campaign. Historically, Israel prime ministers and American presidents meddle in each other’s elections, on one side or the other, but none can match Trump’s contributions.

Dayanu
Passover came early this year for wealthy Republican Jews  and Trump supporters  as they gathered at Sheldon Adelson’s Las Vegan casino. They chanted “Dayenu” (it would have been enough) each time former Sen. Norm Coleman read off one of Trump’s gifts to the embattled prime minister.

He abrogated the Iran nuclear deal, recognized Israeli sovereignty over Jerusalem, relocated the American embassy to the western sector of the city, said “occupied territories” are now “disputed territories,” acknowledged Israeli sovereignty over the Golan Heights, opened the door to annexation of West Bank and put Iranian Revolutionary Guards on the foreign terrorist list.

It didn’t stop with the election, either. Secretary of State Mike Pompeo in Senate testimony and interviews refused to endorse the two-state solution, which Netanyahu has rejected, or express any opposition to annexation of all or parts of West Bank.

No Free Lunch
Trump is a transactional president. He is unencumbered by ideology and integrity, and loyalty is a one-way street for him. It’s all about what is best for Trump. Netanyahu may relate to that because they are similar in so many ways. Netanyahu  mustknow that he will be expect to return the favor.

Trump won’t be shy about collecting on the IOU. What will he expect?  Complete loyalty, to begin with. It is what he demands from everyone.

Peace Deal Response Tricky
The little-anticipated Trump “deal of the century” for Middle East peace may be unveiled any day now. Or not. Pompeo would only say it will offer a “different” and unique” vision. He refused to say whether it will endorse Palestinian statehood, a basic demand of the Palestinians and the Arab states and something Netanyahu adamantly opposes.

Netanyahu has to be careful in his response. He can’t afford to leave fingerprints when he tries to choke the life out of it. He wants the Palestinians to do that for him, and history shows they’re very likely to oblige.

If the Trump Plan sinks it will immediately be redubbed by the White House as the Kushner Plan (for the principal author and presidential son-in-law Jared Kushner).

When Trump recognized Israeli sovereignty over the Golan Heights, he opened the door for Netanyahu to rush through and promise voters he would begin annexing parts of the West Bank.

Goodbye Democracy?
Amb. David Friedman said that future presidents, unlike this one, might not understand Israel’s need to retain control over the West Bank and has suggested that Trump won’t force Israel to relinquish territory.

Pompeo told CNN Netanyahu’s “vision” of annexation “won’t hurt” Trump’s peace plan, but he fully knows it will be a poison pill that the Palestinians cannot swallow. Such a move will also be roundly condemned by many of Israel’s friends in Congress, the Jewish community and European governments.

Netanyahu’s last-minute pledge to annex areas of the West Bank turned the election into a “choice between future peace with the Palestinians or saying goodbye to a democratic Israel,” Dina Kraft wrote in the Christian Science Monitor.

What Trump Wants
“Trump was prepared to do whatever he asked,” according to Israeli journalist and Netanyahu biographer Anshel Pfeffer. And he will expect the same from Netanyahu.

When they met last in Washington Trump reportedly told Netanyahu that unless Israel limits its ties with China (telecom, control of the new port in Haifa, technology), security cooperation with the United States could be reduced, reported Barak Ravid of Israel’s Channel 13 news.

Dilemma For American Jews
If the Trump plan is seen as flashing a green light to those in Israel seeking a single state, with Israel permanently retaining the West Bank, it will please the Israeli and American Jewish right but will be a prescription for new rounds of Palestinian violence and terror. It will also severely damage Israel’s relations with its European allies and new Arab friends and accelerate the American Jewish drift away from the Jewish state it has venerated.

That might be a political gift to Netanyahu but a cataclysm for the future of Israel.

One of Bibi’s top foreign policy priorities will be mobilizing his friends and followers to help re-elect his friend Donald instead of one of the 613 Democrats running against him.  Trump will expect him to keep saying this president is the greatest friend of Israel ever in the White House and to deliver that message to evangelicals, religious and conservative Jewish voters and particularly Netanyahu’s own cadre of wealthy donors.

One place Netanyahu’s message is unlikely to resonate is among a large majority of American Jews, who voted 71% against Trump in 2016 and are likely to do so again next year.

Netanyahu’s next government will be even more beholden to the ultra-religious, nationalists and settlers. That means no movement toward religious pluralism, the nation-state law will remain, settlements will grow and the lines between state and religion will continue to fade.

“The issues and values championed by the mainstream of American Jewry are almost wiped out of the Israeli political agenda,” wrote Natan Guttman in Moment magazine. It looks like it will only get worse.

Priorities
The Bibi-Donald bromance is all about looking out for number one.  In the end, each man’s loyalty is to himself. “Bibi was Trump before there was Trump, always in a mode of solidifying and advancing his core base but not looking to be a unifying symbol of the state,” says David Makovsky of the Washington Institute for Near East Policy.

There’s more they have in common: shaped by overbearing fathers, overriding ambition and enormous egos, enmeshed in multiple scandals, thrice married confessed adulterers and hoping that attorneys general they appointed will keep them out of jail.