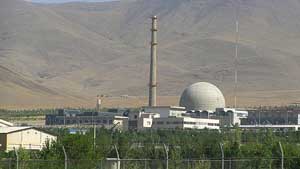 (JNS) – The International Atomic Energy Agency warned on Tuesday, March 3, that Iran is drastically increasing production of enriched uranium since the United States withdrew from the 2015 nuclear deal.

Inspectors reported an almost tripling of Tehran’s stockpile of low-enriched uranium since November—three times the 300-kilogram limit under the agreement.

Iran has also dramatically increased the number of machines used to enrich uranium and make more nuclear fuel at a faster pace, according to the IAEA.

The report is the first since Iran said it would abandon the entire deal since the Trump administration withdrew from the accord in May 2018, reimposing sanctions lifted under it, along with enacting new financial penalties against the regime.

In another report, the IAEA rebuked Iran for blocking access to investigate reports of both nuclear activity and past research at three Iranian sites. The IAEA sent letters insisting on being allowed to inspect the sites.

“The general message is: There’s a new sheriff in town,” a diplomat from a country on the IAEA’s 35-nation Board of Governors said, referring to new IAEA chief Rafael Grossi of Argentina, who was elected in October with U.S. support, reported Reuters.