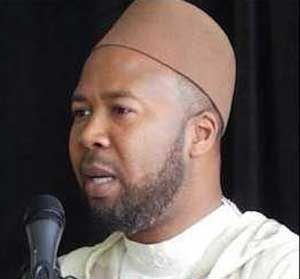 Abdullah bin Hamid Ali laments that the Palestinian cause is the “only non-negotiable issue on the national agenda” of those who speak for U.S. Muslims.

By SAM WESTROP
Islamist Watch – As Islamist Watch has pointed out many times before, Islam is enormously diverse – containing many competing schools of theology, schools of jurisprudence, sects, ethnicities, cultures and mysticisms. Islamism is also not a single force; it comprises dozens of (both) competing and collaborating radical ideologies.

One of the most intriguing divisions within both American Islam and Islamism of late has been growing dissent over the question of liberalism.

Should Muslims seek partnerships with left-wing organizations, given that some progressivist policies evidently conflict with both conservative Muslim and theocratic Islamist beliefs?

Abdullah bin Hamid Ali, founder of the Lamppost Education Initiative, writing on Facebook June 6, laments:We addressed this issue in a recent piece on “theo-progressivism” [See page 5] – the curious rise of Islamists who appear to have genuinely embraced progressivist politics, and the anger of more traditional voices who believe progressivism to be a corrupting influence.

Not everything on this list is bad. But, one does need to ask just how many of these are islamic or universally acknowledged moral goods? …  [https://www.facebook.com/abdullahbinhamid.ali/]

American Muslims’ obsession with Palestine, Ali adds, has produced these unholy alliances. It is the “only non-negotiable issue on the national agenda …and as long as others are supporting that issue, any and all immoral concerns and views of the pro-Palestinian can be overlooked.”

Ali goes on to offer some mild rebuttals to the more hysterical claims about the Trump administration, noting that Trump is not in fact rushing to war with Iran, and that the “Muslim ban” is evidently not a ban on all Muslims, but an interdiction relating to “war town and problem countries.”

Ali is from Islam’s Maliki school of jurisprudence. Although he has criticized Salafis, he is frequently found in the company of some of America’s most prominent Islamist activists and clerics. He has, in the past, defended female circumcision (although he claims this is different to FGM), attacked the influence of the “gays,” and claimed that a husband who hits his wife should not automatically be considered “abusive.”

Sam Westrop is the director of Islamist Watch, a project of the Middle East Forum.Ali is certainly no moderate – he straddles the line between conservative Islam and Islamism. But his concern with the duplicity of American Islam’s self-proclaimed Islamist leaders – and their willingness to embrace uncomfortable progressivist ideals – is chiming with many American Muslims. As one Facebook commentator notes: “The moral trade off we have negotiated with the liberals is a bit scary.”