In the race for a coronavirus vaccine, first doesn’t mean best 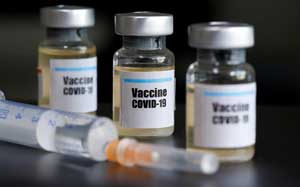 By ABIGAIL KLEIN LEICHMAN
(Israel21c via JNS) – About 120 research groups from various countries are racing to develop vaccines for the SARS-CoV-2 virus (COVID-19). Several formulations have already advanced to human safety trials. Although the frontrunners in this race are American, British, Chinese, Japanese and German, Israel also has a few contenders.

“In 1984, the U.S. Secretary of Health and Human Services announced that an AIDS vaccine was right around the corner, yet 35 years later we’re not remotely close to an AIDS vaccine,” said Ellis.

An Israeli resident since 2008, Ellis was the project leader for six successful vaccines—including Gardasil for human papilloma virus, VARIVAX for varicella (chickenpox) and RotaTeq for rotavirus—that cumulatively generate about $5 billion in sales annually.

He admits that he has also “presided over many failures” in his long career. That’s the nature of his business.

Is It Possible?
“We don’t know yet that it’s possible to make a coronavirus vaccine,” Ellis acknowledged. “It requires perfection. There are at least eight types of vaccines being developed. We’ll only know when the first one succeeds in preventing infection.”

The road from discovery to market for the rotavirus vaccine was about 15 years; for the varicella vaccine, 25 years.

Risks
“You can slice years off of clinical development—if you don’t worry about fully proving safety and efficacy,” said Ellis. “If you do it by the book, it takes many years.”

In the clinical phase alone, assuring that a vaccine doesn’t cause adverse effects in more than 1 in 10,000 people ordinarily requires safety trials on more than 30,000 participants. (In fact, in the United States, AstraZeneca and the federal Biomedical Advanced Research and Development Authority plan to test an investigational vaccine on 30,000 volunteers this summer.)

“There have been vaccines that caused a 1 in 10,000 risk of a serious side effect and were taken off the market because that’s too high,” said Ellis, citing the 1976 swine flu vaccine as one example.

“For a worldwide pandemic, the acceptable risk tolerance may be set lower. It’s a very hard moral dilemma between what’s good for the public now and what’s safe in the long run.”

Availability
Hebrew University virologist Prof. Amos Panet believes at least one COVID-19 vaccine could be on the market within 12 to 18 months. That’s because so many labs are working toward a solution with immense governmental and foundation investment, and because regulatory agencies are willing to fast-track approval processes.

However, the first COVID-19 vaccines “might not be the best, and might work in 50 percent of those vaccinated,” said Panet. They would likely be given to people at risk: healthcare workers, older people and those with underlying diseases.

“Usually, if a vaccine doesn’t reach 95 percent efficacy in the population it is not approved. For corona there will be a lower threshold. And then better vaccines will come to market perhaps two years later.”

One reason vaccine development usually takes so long, he said, is that vaccines are for healthy adults and children, as opposed to drugs for illnesses where benefits may outweigh risks.

Some vaccines are risky because they have an added adjuvant—a compound that stimulates the immune system but can stimulate it too much and cause damage.

Lasting Vaccine Possible
“With corona, we don’t know yet if we need the adjuvant or not. If not, I expect the development process will be much faster,” says Panet, whose lab is studying why some coronavirus patients suffer a severe immune reaction in their lungs, and which drugs could block it.

He also observes that although sub-strains of COVID-19 have evolved in different countries, the virus changes slowly enough that probably “we can develop a vaccine against it that lasts” in contrast to the yearly flu vaccine.

“Proving vaccines work means preventing infection,” said Ellis. “Usually you wait for the next outbreak and do a field study of the vaccine versus a placebo. You immunize thousands of people and hopefully show that you have fewer cases in the vaccine group than in the control group. But we don’t know when the next corona season will be, so some people say it doesn’t make sense to wait.”

Ethics
An alternative method is a challenge study, where the vaccine or placebo is administered to large groups of healthy young people followed by administration of live virus to see if infection is prevented.

Ellis said clinicians and regulators would need to decide on an ethical way to perform a coronavirus challenge study, as has been done in the past for influenza.

Preparation
Once a vaccine is proven effective, the story isn’t over. “It’s one thing to have a credible vaccine and another to prepare millions of doses,” said Panet.

Big pharma such as J&J are already preparing for mass production of a corona vaccine. Smaller labs and companies will probably license their vaccines to big pharma companies with the necessary scaleup and production capability.

Panet added that the Israeli government is considering building a large vaccine production facility that could be ready within half a year to manufacture vaccines developed domestically.