Iranian convicted of spying for Israel sentenced to death 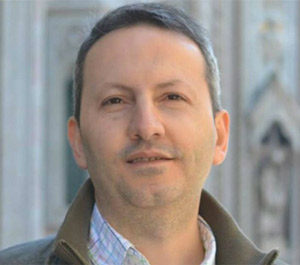 NEW YORK CITY (JTA) – An Iranian researcher convicted of spying for Israel’s Mossad intelligence service has been sentenced to death by the country’s Supreme Court. The decision of the court in the sentence of Ahmad Reza Jalali was recently reported. It is not known when the sentence will be carried out, the Associated Press reported, citing the semi-official ISNA news agency.

The broadcast displayed images of a Swedish ID card and Rome’s Colosseum, The Associated Press reported.

Jalali has been held in jail in Iran since April 2016. He was convicted and sentenced to death in October 2017 for working with Israel’s Mossad foreign intelligence agency and assisting in the assassination of several senior nuclear scientists. Iran’s Supreme Court upheld his death sentence several months ago.

Jalali worked as an emergency medicine specialist resident in Sweden. He was a visiting professor at Belgium’s Vrije University when he was arrested during a trip to Iran in April 2016.