Is Netanyahu stocking up on Xanax? Trump to visit in two weeks…

DC Report
By Douglas Bloomfield
There is no imminent danger of peace breaking out between Israel and the Palestinians in this decade or well into the next, so why is Benjamin Netanyahu in a state of near panic?

Beneath his public expressions of happiness that Donald Trump is coming to Israel in two weeks, the risk-averse Israeli prime minister is terrified.

Netanyahu Bewildered
What if the American president really is serious about trying to broker a peace deal?

That fear has Netanyahu and Israeli hardliners working overtime to demonize Palestinians and their president, Mahmoud Abbas, and discourage Trump from bringing to Jerusalem his own plan for making the deal of the century.

Netanyahu was able to thwart Bill Clinton and Barack Obama’s peacemaking, and he is working on a trifecta. Everything he heard from the Republican nominee during last year’s campaign convinced him that Trump would be putty in his hands.

He was shocked when Trump told him to throttle back on settlements and start thinking seriously about peace. Then the president’s gushing over Abbas made matters worse.  Trump – gasp! 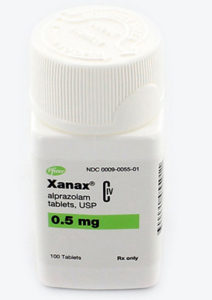 – even tweeted it was “an honor” to welcome the Palestinian leader to the White House and “Hopefully something terrific” would result.

Netanyahu is hoping Trump, known for a notoriously short attention span, will quickly lose interest in the face of right-wing resistance and turn his attention to Iran, ISIS and North Korea.

Trump’s first stop on his first foreign trip will be Saudi Arabia, where the royals will stress the importance of helping the Palestinians if he wants their cooperation — and where Trump and his family have myriad business interests.

Waiting for him in Israel with the opposite message will be the GOP’s largest single contributor and Netanyahu backer, Las Vegas casino mogul Sheldon Adelson, an outspoken foe of Palestinian statehood.

Embassy Move —A No Go?
Adelson, who donated at least $10 million to Trump’s campaign, is upset that the president hasn’t kept his promise to move the U.S. embassy from Tel Aviv to Jerusalem on Day One, and he will be disappointed it won’t be announced on this visit.

Expect Trump during his 26-hour visit to speak of Jerusalem as Israel’s eternal capital but don’t look for him to use adjectives like “undivided” or “indivisible.”  That, like moving the embassy, will undermine American efforts to enhance cooperation with the Arabs in fighting terrorism and containing Iran —Trump’s top priority for visiting the region—and could incite violence among Palestinians.

At a White House photo-op, Abbas unleashed a fusillade of flattery on his host’s “political vision,” “courageous stewardship,” “wisdom” and “great negotiating skill.” Trump immodestly responded that making peace is “not as difficult as people have thought over the years. We will get it done.” Watching from a distance, Netanyahu may have been saying to himself, “Not if I can help it.”

Doublespeak?
So why did the prime minister tell his Cabinet recently that he welcomes and supports Trump’s efforts to revive the peace process even if he is working to kill it?  Because second only to being afraid that Trump will succeed is his fear that Trump will blame him for his failure.

Netanyahu has mobilized friends in Congress to threaten to cut off aid to the Palestinian Authority because it provides financial support for the families of terrorists jailed for attacking or killing Israelis.

Abbas “praises terrorists and pays them a salary based on the severity of murders they’ve committed in Israel,” Netanyahu  told his Cabinet. “They name their schools after mass murderers of Israelis and they pay terrorists.”

What Netanyahu failed to mention is that Israel also pays social benefits to Palestinian prisoners and their families who are Israeli citizens or residents of East Jerusalem, a senior Foreign Ministry official confirmed.

Maariv’s Ben Caspit recently wrote that Netanyahu’s friends tried, but failed to torpedo the Trump-Abbas meeting. The meeting, much to Netanyahu’s consternation, went well, according to both sides, prompting the prime minister to intensify his anti-Abbas campaign.

Netanyahu has said there can be no peace until Palestinians recognize Israel as the nation-state of the Jewish people.

However, Yasser Arafat did that on Dec. 7, 1988, when he told a news conference in Stockholm, “The PNC accepted two states, a Palestinian state and a Jewish state, Israel. Is that clear enough?” He repeated it in a 2004 interview with Ha’aretz columnist Ari Shavit that is on video. “You understand that Israel has to keep being a Jewish state?” Arafat was asked, and he responded, “Definitely.”

That raises several questions: Why does Netanyahu insist that Abbas say the words when Arafat himself already uttered them? And why does Abbas refuse instead of just citing his mentor? Is it because each one is looking for a poison pill to kill the talks and blame the other?

A Similar Peace Strategy
Netanyahu and Abbas share a peace strategy — avoiding being blamed by Trump for its eventual failure, and avoiding the politically explosive compromises any genuine peace deal will require from both.

We recently witnessed the ultimate example of how the Palestinians never miss an opportunity to miss an opportunity. Nine years after Abbas rejected a reasonable offer by then Prime Minister Ehud Olmert, the Palestinian leader told Trump that he is finally ready to discuss it, Ha’aretz has reported. Olmert is now in prison and his successor, Netanyahu, opposed the terms offered then, and continues to do so now.

If I were a betting man, I’d put my money on Netanyahu beating Trump. The trick is how to do it without suffering the wrath of the thin-skinned, vindictive president.