Is there a vaccine for anti- Semitism?

Anti-Semitism is a public health crisis—let’s treat it like one! 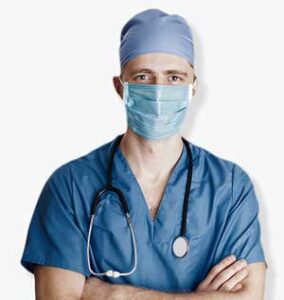 By DR. GARY SLUTKIN
CHICAGO (JTA) – Some commentators have used the word “epidemic” to describe the recent spikes in anti-Semitism.

They may not realize how correct they are.

Twenty years ago, upon my return to the United States after serving as a senior infectious disease epidemiologist at the World Health Organization in Africa, I noticed that community violence mimics contagious epidemics and began to suspect that it could be treated and managed in much the same way — using well-known and proven methods for stopping other epidemics.

We know that violence is contagious. Hundreds of studies have demonstrated a contagious character across types of violence. When an individual is exposed to violence as a victim or witness — in war, community or at home — they are at a much higher risk of developing violent behaviors themselves.

By seeing violent behavior as transmissible from person to person, I worked with other experts to develop a practical approach to interrupting its spread. In our model, on-the-ground violence interrupters identify potential acts of violence and stop them, and highly trained outreach workers identify those most likely to be violent. Together they work to change the thinking and behavior of those at highest risk and shift community norms away from using violence. In over 25 cities across the U.S. and in 15 countries on five continents, we’ve been able to help violence drop on average 40% to 70%, and in some neighborhoods, go to zero.

Shift In Paradigm
This approach represented a total paradigm shift in how to think about and treat the age-old and otherwise “stuck” problem of violence to one of an epidemic disease — and is now increasingly mainstream, with a solid scientific foundation and evidence of effectiveness.

Solving for violent anti-Semitism will require the same shift in paradigm and approach.

As a member of the Jewish community myself, I have seen group-on-group violence, in particular anti-Semitism, as ripe for the public health epidemic control approach. Given the momentum and spread of this epidemic, we must act urgently, using all the tools at our disposal.

In its transmissibility, anti-Semitic violence is no different than election violence, tribal violence, neighborhood violence or cartel violence. Anti-Semitism and violent attacks, including mass and rage shootings, arise like any contagious process. Group norms influence susceptible individuals to action. Their actions in turn influence others. In each event, there are almost always other individuals who were aware in advance of the attacker’s intentions. A truly lone wolf attack by someone unconnected to any kind of community will always be a challenge. But much of the violence we have seen in recent years came from people who were “infected” within a group or community.

However, the intervention methods currently employed, including those of law enforcement, are severely limited in their ability to prevent these events.

Jewish Strategies
The traditional Jewish communal approach to violent anti-Semitism has focused on two pillars: One is security at Jewish sites, which is necessary but not sufficient. As the recent Monsey attack and others sadly show, we can never build enough walls or install enough metal detectors to protect Jews in their homes or on the streets. People motivated to commit violent acts find a way, unless there are community members in place, trained as “health workers,” to interrupt imminent violence and identify those most likely to do violence and change their behavior well beforehand.

It’s not possible to have a doctor or nurse standing by to treat every person in a community in case they get Ebola. But by interrupting the spread of an outbreak, the treatment needs are lowered. Likewise, if we prevent the spread of violence as a tool, we can reduce the need to keep focusing on security at particular sites.

The other traditional Jewish communal strategy has been education, teaching tolerance and outreach. These are valuable tools, but deploying them during an epidemic is too little, too late. Billboards or bus ads about safe sex are fine when infection rates are under control, but when an epidemic of AIDS is spiking, there needs to be a more proactive health worker intervention.

Change From Within!
While those committing violent attacks in Brooklyn are unlikely to be reached or moved by outreach or positive messages from the Jewish community, results have shown that credible individuals from within groups can change the behavior of their peers, even with the most refractory or hardest to reach, if the appropriate epidemic control methods and training are applied.

We have applied such techniques work with MS13 and similar groups in Central America, prison gangs in the United Kingdom, militias in Iraq and Syria, and street rivalries in major cities. In November, the PBS series “Nova” did a special on violence. This 12-minute clip captured two actual successful interruptions in Baltimore, showing an example of how this work is performed. With time and layers of epidemic control, the norms of core groups themselves often change.

Interventions
While the specific methods are adapted to each context and group in partnership with those close to the problem, the core elements of the approach remain the same. The key method among all these is the use of credible messengers — individuals who have access to and credibility with those at highest risk. These credible messengers are trained as “health workers” to identify those most at risk and help them change course despite grievance, views or social pressure.

An intervention takes place when an interrupter becomes aware that one or more individuals are planning a violent act. The interrupter gets to the person and seeks to reorient their thinking away from violence, following up with them as often and as long as is required. When someone is particularly “hot” or still susceptible to acting, they are assigned a caseworker who stays in touch and continues to monitor them. That one interrupted act also may have prevented one or more retaliations and a chain reaction of many more.