Is Trump owed an apology after the JCC bomb threat arrest? Is anybody? 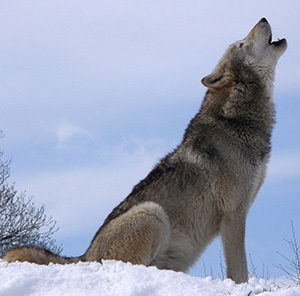 By ANDREW SILOW-CARROLL
NEW YORK CITY (JTA) – Literally within seconds of the news of the arrest in Israel of an Israeli-American teenager for the bulk of the JCC bomb threats, Twitter lit up with Jewish anxiety.

“[I] fear the inevitable backlash from haters who we whipped [into] a frenzy for our own nefarious political aims” is how someone responded to the JTA story about the arrest.

A colleague’s friend wrote, “And now people will have another excuse to not take anti-Semitism seriously.”

The shock and anxiety inspired by news of the arrest were understandable. After all, anti-Semitic organizations and websites keep tallies of “false flag” anti-Semitic attacks carried out by Jews in order to discredit the very idea that anti-Semitism exists. (Such incidents are few and far between, and pale next to the actual tally of attacks on people and property, but never mind.)

But the JCC bomb threat hoax wasn’t just an isolated swastika daubing — it was an ongoing story affecting Jewish institutions in nearly every American Jewish community. It shaped a communal narrative that something ugly and insidious was happening out there. It fueled a political crisis among most American Jewish organizations and the White House, with the former accusing the latter of taking too long to denounce anti-Semitism and to comfort Jews traumatized by the bomb threats and at least two major cemetery desecrations.

Real Anguish
Coming almost as quickly as the expressions of anxiety was the political exploitation of the arrest.

“The Ultimate Self-Hating Jew, a 19-yr old Israeli-American, was behind the JCC bomb threats,” tweeted Marc Zell, the co-chairman of Republicans Overseas Israel. “The US Jewish leadership owes @POTUS an apology.”

David Bernstein at the Washington Post’s conservative Volokh Conspiracy posted in a blog: “[T]he fight against actual anti-Semitism and other forms of racism will likely have been dealt a blow because self-serving groups like the ADL chose to hype and politicize the threats without any idea of their actual origin.”

Before we get too far into the rituals of finger-pointing, a few things are worth considering: First, JCCs and other Jewish institutions across the country, and the children and adults who use them, were traumatized by the string of some 150 bomb threats. It cost JCCs members and money, and diverted funds from programs to heighten security. That the main hoaxer allegedly was a Jewish guy living in Israel doesn’t erase three months of anguish.

Relief
Second, it is a huge relief to Jewish institutions — and the community that relies upon them — that someone has been caught. Perhaps they can return to business as usual. Let’s give them their moment of relief.

Third, Jews didn’t do this to “themselves.” This was a criminal act by an individual. Blaming all members of a community for the act of an individual is a page out of the anti-Semitism playbook.

Many Jewish groups did go too far, too fast in assuming the identity of the culprit (or culprits), pinning the threats on a political climate inspired by President Donald Trump.

“We’ve never seen, ever, the volume of bomb threats that we’ve seen,” Oren Siegel, the director of the ADL’s Center on Extremism, said at a news conference following the arrest of the first suspect, Juan Thompson (a copycat motivated by some weird romantic grudge that appears to have had little to do with Jews). “White supremacists in this country feel more emboldened than they ever have before because of the public discourse and divisive rhetoric.”

“In recent days, we have seen manifestations of the hatred stirred up by President-elect Donald Trump throughout his campaign,” it wrote in a statement after the first wave of JCC bomb threats. “Trump helped to create the atmosphere of bigotry and violence that has resulted in these dangerous threats against Jewish institutions and individuals.”

Forgive Divisive Rhetoric?
At this moment, we don’t know the motive of the Israeli suspect. But assuming this kid was dealing with personal demons and the JCC bomb threats can’t be pinned on typical anti-Semitic ideology, does this mean that the spike in hate crimes tallied in New York and elsewhere didn’t happen? Were these Jewish groups wrong to assume that anti-Semites were responsible for anti-Semitism?

Groups who pinned the bomb threats on an atmosphere that Trump “helped to create” certainly went too far, but does their lack of caution mean that Trump’s divisive campaign rhetoric should be forgiven? Should advocacy groups not have called out a campaign and an administration that has tolerated and encouraged the “alt-right” and habitually indulges in ethnically divisive rhetoric?

The Trump Response
Ann Coulter—asking “Has ANY anti-Trump story been true?”—joined the chorus of those suggesting the arrest exonerated Trump, though exonerated of what is not clear. Jewish groups wanted a strong statement from the White House condemning the bomb threats and the cemetery vandalism not because he was the perpetrator or a Republican, but because he is the president of the United States. Issuing statements of condemnation and support is what presidents do, automatically and usually inconspicuously. Only Trump has seemed to take this task as an affront, somehow believing that to condemn hate crimes is to take responsibility for them.

Others are saying that the arrest of a Jew in the bomb threats vindicates Trump’s comments last month suggesting that the threats were a “false flag” attack. According to Pennsylvania Attorney General Josh Shapiro, Trump told a meeting of states’ attorney generals that “Sometimes it’s the reverse,” and attacks are made “to make people — or to make others —look bad.”

Some took this to mean that Trump was suggesting a Jew was behind the attack, although more likely he was referring to a political enemy. Whatever he meant, he couldn’t have sounded more tone-deaf. Again, dozens of institutions and hundreds of families were reeling from a series of bomb threats. As in his famous blowup in response to a question from a Jewish reporter about rising anti-Semitism, Trump made the events about him rather than the victims.

Tough PR Challenge
The ADL and other Jewish groups have a tough PR challenge ahead of them: keeping the focus on acts of anti-Semitism by traditional enemies—white supremacists, neo-Nazis, the virulently anti-Israel far left—while acknowledging that one of the most extensive and public anti-Semitic acts of recent memory was carried out by a Jew. They’ll need to recast the narrative of resurgent anti-Semitism by omitting the wave of JCC bomb threats, but not at the expense of the victimized JCCs.

As the American Jewish Committee put it in a statement, “This is a lesson in not leaping to assumption[s] about complex links between polarizing politics and anti-Semitic acts. But it does not dispel [the] age-old reality of anti-Semitism.”

They’ll have to find a way to stay vigilant in a polarized and poisonous political era without being seen as the boys who cried wolf.