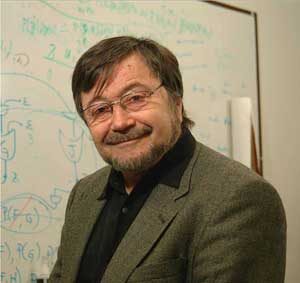 (JNS) – Judea Pearl, chancellor’s professor of computer science at UCLA, Turing Award recipient and president of the Daniel Pearl Foundation, is being given CAMERA’s inaugural Ometz Award for courage in recognition of his public renunciation of his Distinguished Alumnus status at New York University.

Pearl, who received his doctorate from NYU in 1965, took his former school to task in April when it announced that it would give the President’s Service Award to the anti-Israel student group Students for Justice in Palestine (SJP).

In his renouncement letter to NYU president Andrew Hamilton, Pearl wrote: “In the past five years, SJP has resorted to intimidation tactics that have made me, my colleagues and my students unwelcome and unsafe on our own campus. The decision to confer an award on SJP renders other NYU awards empty of content and suspect of reckless selection process.”

Pearl, the father of journalist Daniel Pearl, who was murdered by Islamic terrorists in 2002 while on assignment in Pakistan, said his life experience and the rise of “Zionophobic” racism in academia had made it “necessary” for him to take a stand.

“This past year, members of SJP burned Israel’s flag and physically assaulted students at our events, and their consistent threats and intimidation have made it difficult to walk proudly as a Jew on campus,” said Adela Cojab, a CAMERA-supported student at NYU.

“As students at NYU, we are grateful to Prof. Pearl for holding NYU accountable for its reckless selection of SJP and failure to protect its students,” she said. “His letter was the first form of public support we received, inspiring alumni and donors nationwide to stand with NYU’s Jewish students. I wish more academics had the courage of Prof. Pearl.”

Andrea Levin, CAMERA’s executive director, said, “when we heard Judea gave back NYU’s recognition, we immediately thought of honoring him. Too many pro-Israel academics keep silent. Judea Pearl’s act of courage is rare and admirable.”

Pearl, who is originally from Tel Aviv, said that “now is the time for all academics to defend the truth and oppose the bullying tactics of anti-Israel academics and student activists. We need to speak up for the truth about Israel and the moral imperatives of Zionism and Jewish history.”

Pearl will receive the award at CAMERA’s June 2 gala in New York City.