Israeli consulate in Atlanta, five embassies to close next year 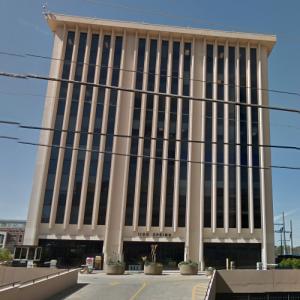 NEW YORK CITY (JTA) – Israel is closing its consulate in Atlanta and embassies in six other countries, citing budget cutbacks.

Also facing closure are the Israeli embassies in Ireland, Belarus, Eritrea, the Dominican Republic, the consulate in the Indian city of Bengaluru and an embassy in either Latvia or Lithuania, Yedioth Aharonoth has reported.

The cutbacks were blamed on a series of agreements that give envoys and local embassy employees pay raises to the tune of $11.75 million. Staff staged demonstrations and even strikes in recent years to protest their wages and demand raises, arguing meager salaries — some as low as $1,200 per month for career diplomats —were ultimately compromising Israeli diplomacy’s efforts.

Officials threatened to close 22 offices abroad out of Israel’s total of 103 to justify the pay raises. But in negotiations between the foreign and finance ministries, the number was lowered to seven, to be closed down by 2022.

Israel’s Ministry of Foreign Affairs will also cut 50 employees by 2022, many of them through early retirement.

The treasury will allocate another $51 million to help the foreign ministry compensate for the loss of seven offices abroad. This sum will come on top of $24 million currently allocated toward special projects and activities worldwide.

The bulk of the foreign ministry annual budget of $470 million is spent on overhead, leaving meager funding for projects and special activities.

Hanan Godar, the head of the Foreign Ministry workers union, called the closings “an unfortunate decision that will reduce the ministry’s ability to face international challenges.” He accused the Ministry of Finance of “ignoring the urgent need” for more funding for the foreign ministry. Godar was a leader in the fight to obtain raises in salaries for foreign ministry employees.