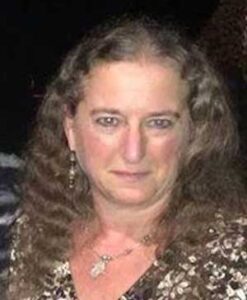 SARATOGA SPRINGS– Sharona Wachs will lead and teach new and old expressions of Israeli folk dance during the Saratoga Jewish Community Arts (SJCA) Israeli Folk Dancing program on Sunday, Feb. 16. The 7 p.m. program will be at the Falstaff building on the Skidmore Campus in Saratoga Springs.

According to organizers, Jews have a long dance history. The Bible and Talmud refer to many events related to dance and contain over 30 different dance terms. During the dispersion, the dancing associated with the normal activities of a nation in its own country ceased. Near the end of the 19th century those making aliyah to Palestine brought with them only dances from the diaspora. In the years preceding and following the formation of the Jewish state, Israeli folk dance emerged as part of a conscious effort to increase Israel’s official folk culture The belief at the time was that Jews living in Israel, who came from all parts of the diaspora, needed symbols of unification to bolster their national identity.

According to SJCA Coordinator, Phyllis Wang, The songs used in folk dance today are very different from the songs of the past. Gone are the references to shepherds, camels and herds of old. But newer songs continue to express love for the country and its beautiful landscape, and love for all living things.

“Many of these songs express the old desire to be Israeli and experience “normality” with a new awareness that there is no consensus about what it means to be Israeli or to actually be normal,” said Wang.

Wachs has been active in Israeli dance for more than 50 years. She has participated in Temple Israel’s Community Israeli Dance program since 1992 and has been a dance session leader and instructor of the program’s adult classes since 2002. Wachs has been a monographic cataloguer and subject librarian for Judaic studies at the University at Albany since 1988. She has authored several bibliographies, including American Jewish Liturgies: A Bibliography of American Jewish Liturgy from the Establishment of the Press in the Colonies through 1925, published by Hebrew Union College Press. More recently, she has been working on an annotated bibliography on American Jewish women’s liturgy and ritual, 1973-2000.  She is also the owner of EEEMA’s Beads, a jewelry business. She is married to Rabbi Don Cashman of B’nai Sholom, Albany, and the mother of three adult children.

Those planning to attend are asked to wear casual clothes. A $5 admission/donation is requested. A dessert reception will be included. Reservations may be obtained by calling 518-584-8730, opt. 2 or at www.saratogajewishculturalfestival.org

SJCC to present ‘Shoelaces’ with a discussion led by The Alternative Living Group, Inc.
Mike Bloomberg: Anti-Semitism is a problem on the right and the left. Here’s how I’d combat it from day one.