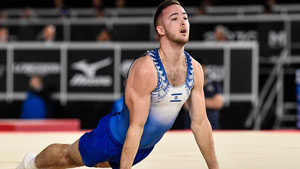 JERUSALEM (JTA) –An Israeli gymnast won a silver medal at the World Gymnastics Championships in Montreal.

Artem Dolgopyat, making his first appearance at a world championships, finished second in the floor exercise finals recently behind Kenzo Shirai of Japan. It marks the best finish ever by an Israeli at the worlds.

Three speakers to review ‘The State of Israel: A Changing Society–Trends and Challenges’ as series
Holocaust revisionism in Croatia not just a Jewish fight, Jewish group says