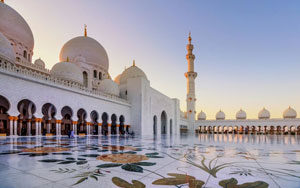 NEW YORK CITY (JTA) ­– Israeli judokas participating in the Grand Slam event in Abu Dhabi will not be allowed to compete under their country’s flag. The team will be prevented from wearing the Israeli flag or any other national emblems on their uniform, including the designation ISR for Israel, and if they win a place on the podium they will not hear their national anthem, “Hatikvah,” the AFP news agency reported. Instead, they will be identified as competing as part of the International Judo Federation, or IJF.

Twelve Israelis are slated to participate in the tournament  to be held later this month in the United Arab Emirates, an Arab country with which Israel does not have diplomatic relations.

Among Israel’s delegation will be Ori Sasson, who won a bronze medal at the Rio Olympics in 2016. During those games, Egyptian judoka Islam El Shehaby refused to shake hands with Sasson.

“The demand to appear without national symbols is contrary to the mandate of international sports associations, the main aim of which is to separate politics from sport, and strengthen sport as a bridge and connection between peoples, cultures and countries,” Miri Regev, Israel’s minister of culture and sport, wrote in a letter to the International Judo Federation’s president, Marius Vizer.