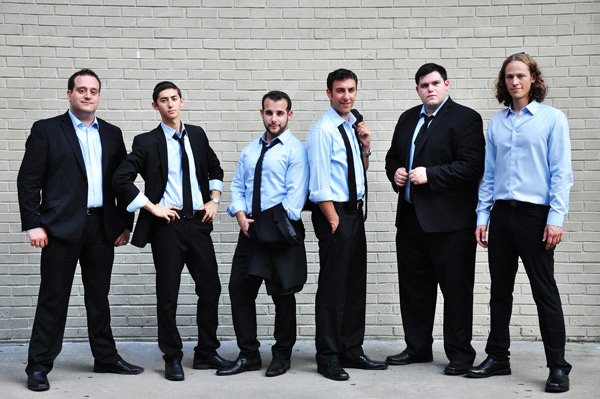 The Jewish Federation of Northeastern New York will host a Yom Ha’Atzmaut—Israel’s Independence Day Community Celebration featuring a performance by Six13 at The Egg on Thursday, May 9, at 7 p.m. The celebration is open to the community.

Six13 is a six-man a cappella vocal band that is bringing an unprecedented style and energy to Jewish music, with nothing but the power of the human voice, according to organizers.  Six13 is driven by a mission to connect Jews around the globe with their heritage through the band’s music, that is anchored by a strong Jewish identity, and fueled by thumping beatbox, intricate arrangements, and harmonies.

The group recently released its  a Lion King Passover video.

Tickets are being sold by The Egg and may be purchased online http://www.theegg.org/event/six13-israel-independence-day or at its box office. Tickets are $12 per adult and $8 per child. Coupon code ISRAEL  will help buyers avoid convenience fees.

Saratoga Jewish Community Arts to present ‘Night Will Fall’ to note Yom HaShoah
How will Netanyahu’s dept to Trump be paid? Bibi’s IOU