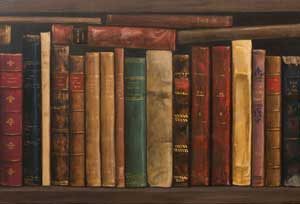 NEW YORK CITY (JTA) –A collection of about 8,000 antique Jewish books in Italy is in need of restoration and the country’s main Jewish body is taking up the challenge.

The books include the collection of the Italian Rabbinical Center, which had its library seized by the Nazis during World War II but was later returned to Italy. It also includes rare books that were saved during the 1966 flood of Florence.

“The preservation of this literary heritage, which is an integral part of the history of Italian and European Jews, is an action of the utmost importance,” the crowdfunding page says. “It can be neither transferred nor delayed and needs extensive rescuing since some courageous men have striven hard to save them over the course of time. The ravages of time make it hard to consult them and to understand how valuable they are.”

The books will be dried, disinfected, dusted and returned to the UCEI library.

About 2,000 of the books will be given to donors who pledge a minimum amount to the campaign.