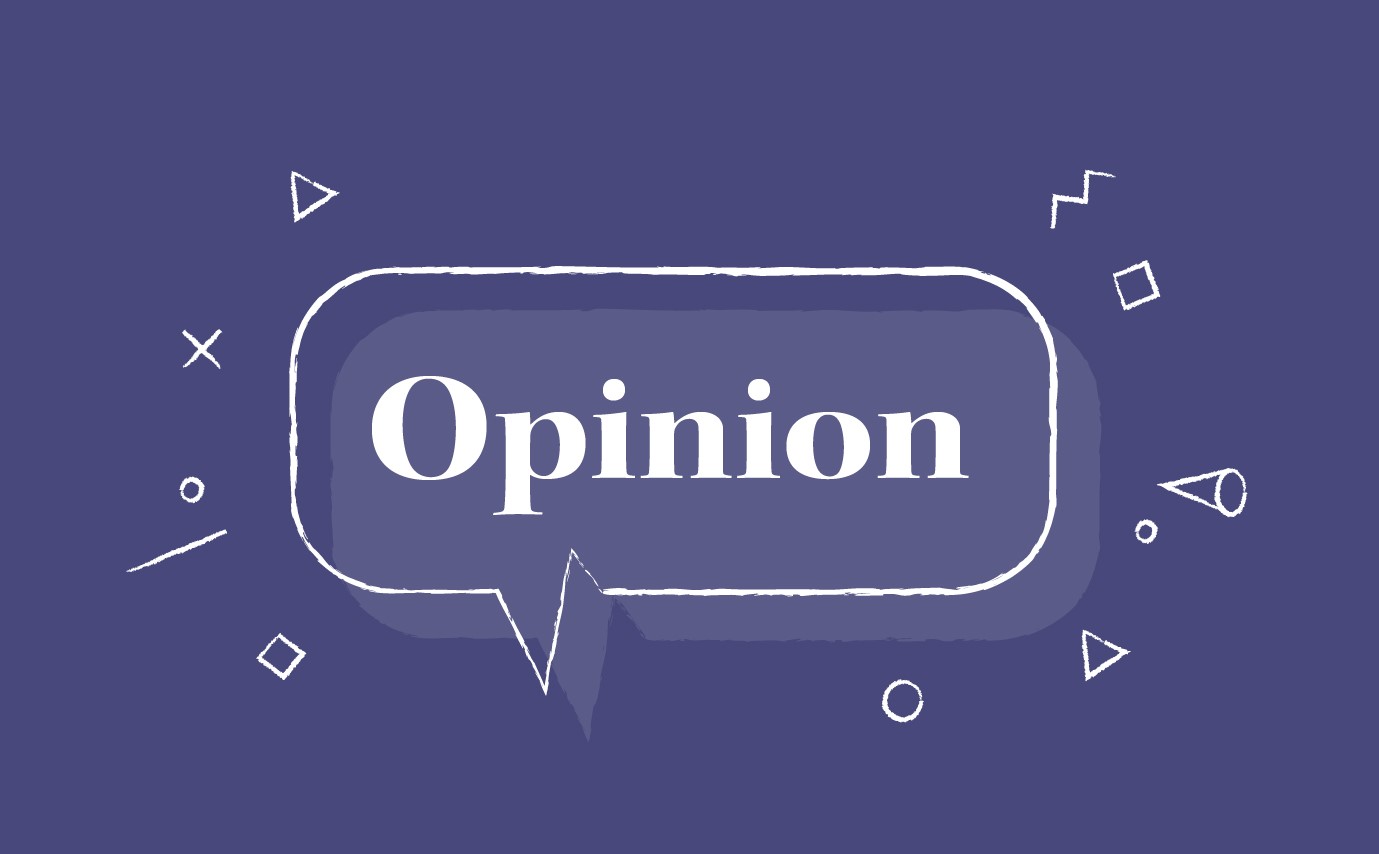 On Sept. 13, a beautiful 22-year-old Kurdish woman, Mahsa Amini, was arrested in Tehran and brutally beaten by “morality police” for wearing her hijab “too loosely,” perhaps allowing a few strands of hair to show through. She was overwhelmed by both male and female brutes and thugs, beaten mercilessly, thrown into a van and driven to some unknown place—most probably the notorious Evin prison, where she was possibly raped and surely tortured.

Next thing we knew, she was in a coma. As I write this three days later, we know she is dead. Her family was told by the Iranian regime that she died of “epilepsy or a heart attack,” medical conditions that apparently emerged out of nowhere. Even if the regime’s claim is true, it is difficult to believe this “epilepsy or a heart attack” was not caused by the brutal blows to the head and body Mahsa received from her attackers.

None of us know how many anonymous Mahsa Aminis there have been since the 1979 Islamic revolution, but we can be sure that there have been thousands of them, if not more. Witness what Iranian President Ebrahim Raisi did when he presided over the infamous 1988 “Death Commissions,” which sentenced 5,000 men, women and children to death. The “trials” lasted no more than a few minutes, and then the innocent victims were taken out to the courtyard to be hanged. Raisi was so gleeful about his verdicts that he insisted on being there to witness the executions. There were so many victims of his hangings that they had to loaded onto forklifts six at a time.

What made Mahsa’s story go viral is that someone filmed it and posted it on Twitter, causing protests to flare up throughout Iran and prompting some international sympathy. Incredibly courageous Persian women, in the name of Mahsa, are removing their hijabs in public, some openly burning them or filming themselves cutting off their hair.

Mahsa was from the Kurdish region of Saqez, where some of the most violent protests are now taking place. This region, composed largely of Sunni Muslims, has long been the target of discrimination by Iran’s Shiite Muslim majority. Teachers there have been imprisoned by the regime simply for teaching the Kurdish language, which is outlawed in Iran. There are a disproportionate number of Kurds languishing in Iranian prisons. As far as we know, at the moment of this writing, five Kurdish protesters have been killed so far.

Rage against the regime has now engulfed much of Iran, extending through most provinces and becoming increasingly violent. In Tehran, thousands of people have taken to the streets, with hundreds shouting “Death to the Dictator!” The regime-appointed governor of Tehran ominously warned, “We have identified 1,800 agitators.” In the northern city of Sari, one male protestor scaled a wall to tear down a poster of Supreme Leader Ali Khamenei. More protests have erupted like wildfire.

As the late, great Tom Lantos, the only Holocaust survivor to serve in the U.S. Congress, often said, “The veneer of civilization is paper-thin.”

What is Justice?
There is no body that embodies that paper-thin veneer better than the United Nations. As I write these words, Iranian President Ebrahim Raisi is addressing the U.N. General Assembly. He just stated, “The foundational need for a better world is justice, all of the hopes and aspirations of humankind are built on justice … which means the elimination of injustice. We are defenders in the fight against injustice in all of its forms against humanity, against spirituality, no matter where it may occur.”

Even as I listen to Raisi’s words, the death toll among those who want to free themselves from the suffocating chokehold of his Islamic theocracy has risen to seven.

Trust These Guys?
Most of the civilized nations of the world are engaged in perhaps the worst foreign policy blunder since Neville Chamberlain felt he could trust the word of Adolf Hitler—trying to cut a deal with Iran over its nuclear program. Over the last 18 months, the United States and other members of the P5+1 (the U.S., Russia, China, Great Britain and France plus Germany) have been bending over backwards in a humiliating process of capitulation to this evil regime. They do not see or do not want to see the long-term consequences of further enriching the Iranian theocrats, when we know that none of this windfall will reach the Iranian people. It will flow into the very nuclear project the deal is intended to stop and, of course, into the coffers of Iran’s terrorist proxies around the world.

Dissidents Need Heelp
The money earmarked for Iran as a “signing bonus” to a nuclear deal should instead go directly to Iran’s dissidents, who are so courageously putting their lives on the line to overthrow their savage rulers. We should have the CIA transfer those billions of dollars to the people in the streets, so they can be armed and equipped to fight the regime they so rightly despise.

Iran’s courageous protesters are enjoying a brief moment in which they can experience the ecstasy of freedom. We know, however, that the regime possesses the brute force required to beat down its growing dissident population and is willing to use it. The United States should not let them. It should stand on the side of freedom-loving people, not oppressive regimes that have formed an alliance of evil with all of our enemies.

As the great nuclear physicist and former Soviet dissident Andrei Sakharov once said, “If you want to know a regime’s foreign policy, look at the way it treats its own internal dissident population.”

It’s about time we did.

Sarah N. Stern is founder and president of EMET, an unabashedly pro-Israel and pro-American think tank and policy shop in Washington, D.C. 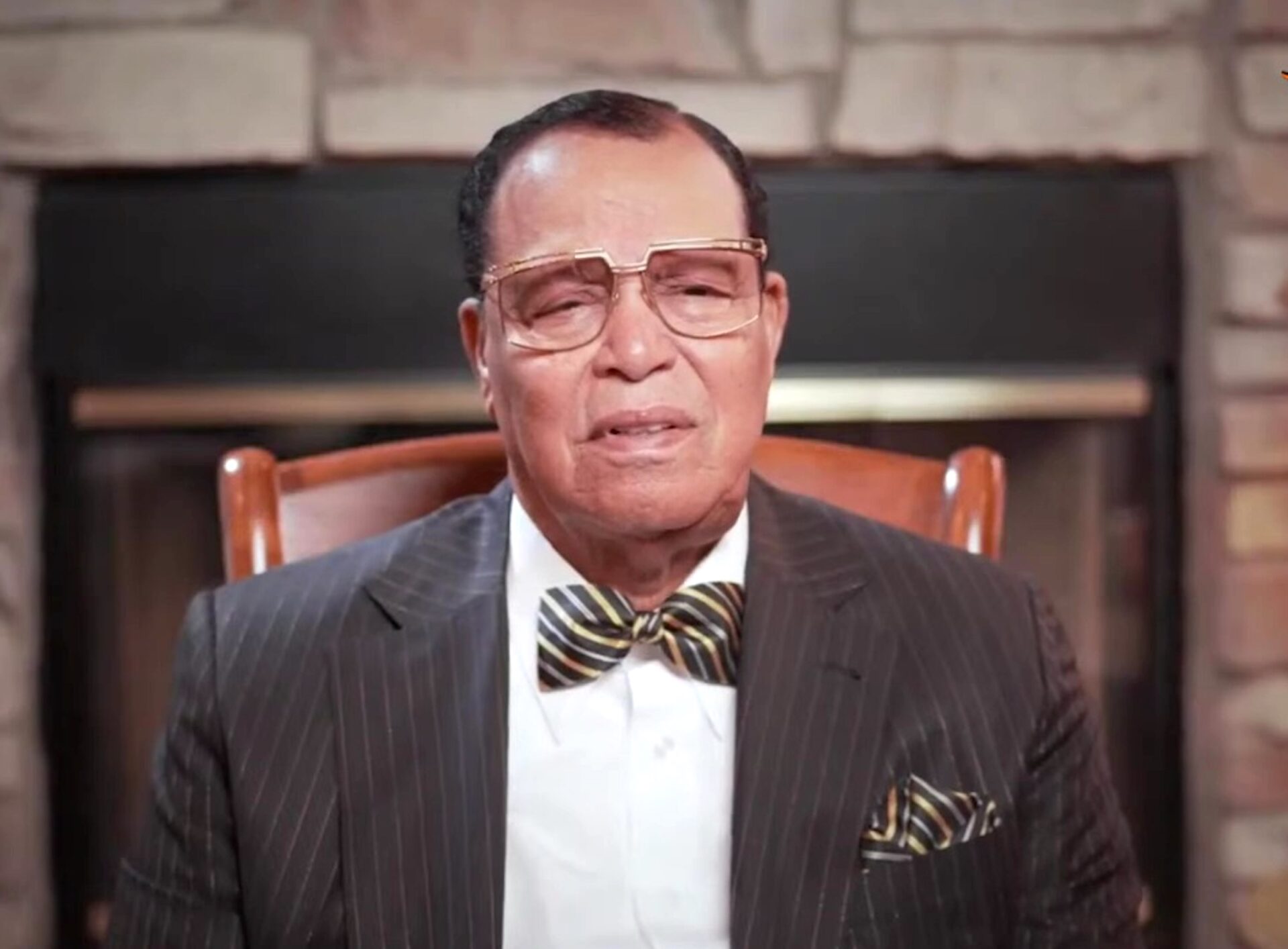 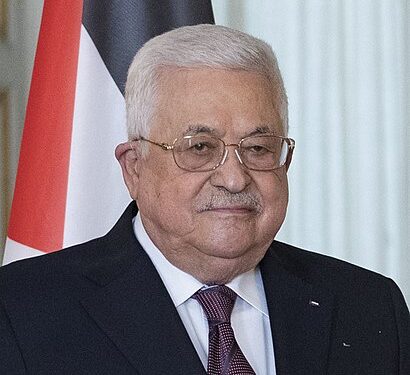 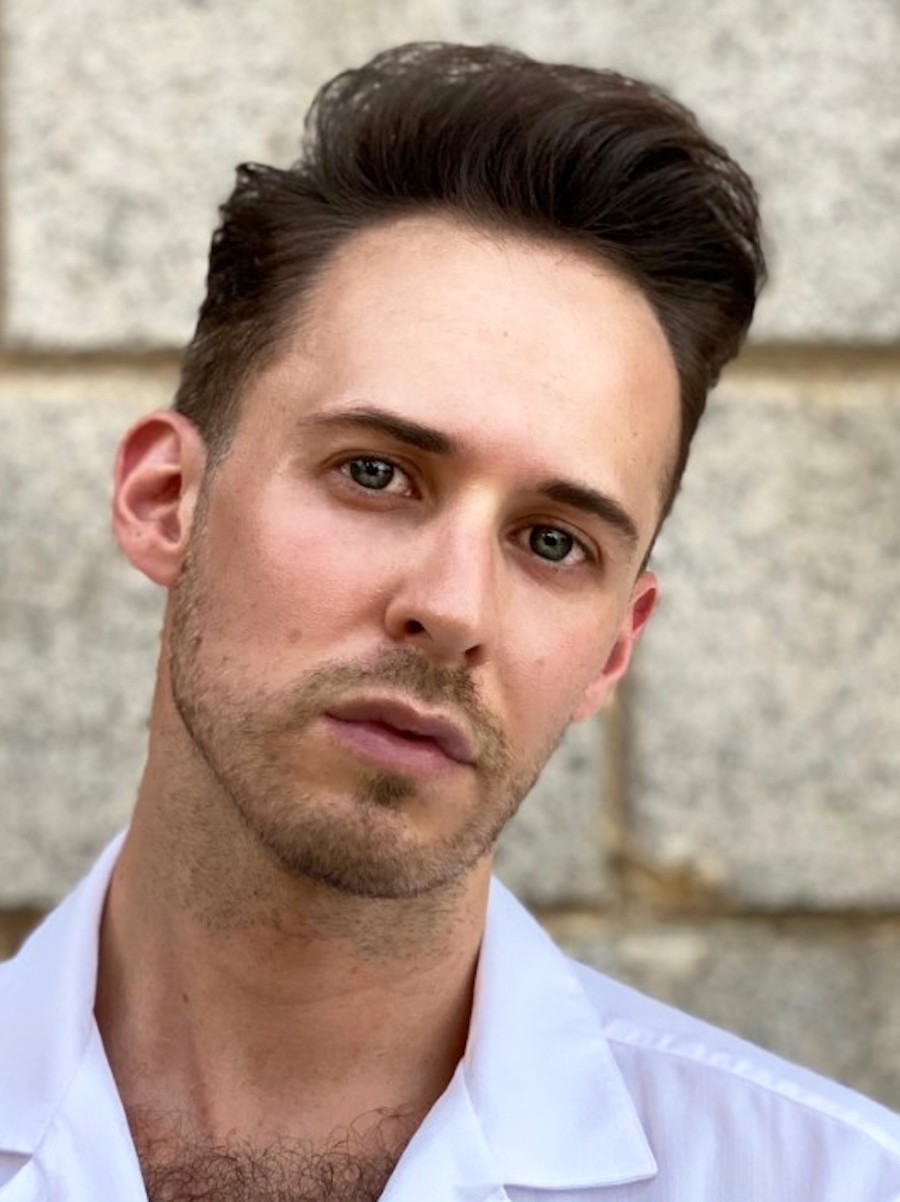 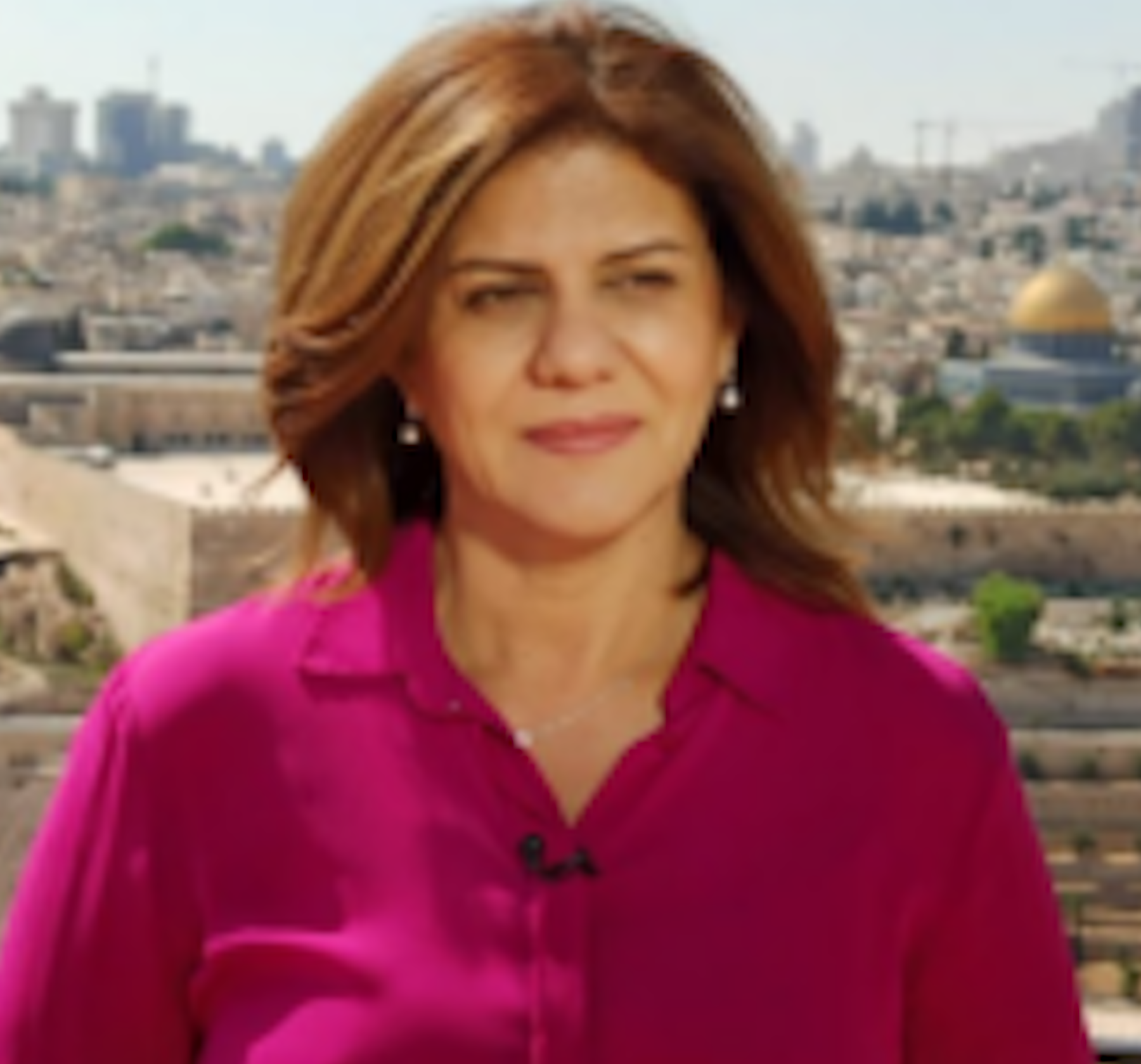