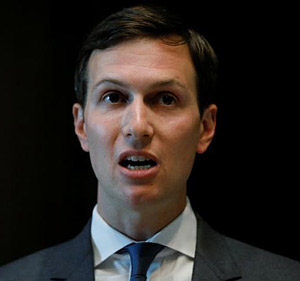 By MARCY OSTER
NEW YORK CITY (JTA) – White House senior adviser Jared Kushner will travel to the Middle East to continue to push for the economic component of the Trump administration’s peace plan.

He will be joined next on the trip by U.S. special peace envoy Jason Greenblatt and special Iran envoy Brian Hook, a senior administration official confirmed to JTA.

They reportedly will visit Israel, Egypt, Jordan, Qatar, Saudi Arabia, and the United Arab Emirates, and will follow up on the June economic peace summit in Bahrain, which the Palestinians boycotted and to which no Israeli officials were invited.

The “Peace to Prosperity” plan calls for $50 billion in investment to transform the Palestinian economy and build democratic infrastructures, including making the Palestinian judiciary more independent and expanding Palestinian higher education.