Jewish equestrian opts out of competition and will observe Yom Kippur 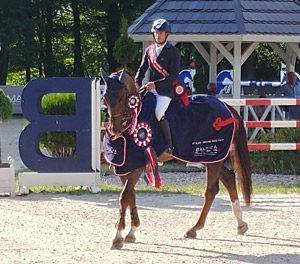 JERUSALEM (JTA) – An Israeli equestrian rider has withdrawn from Septembers world championships since the competition will take place on Yom Kippur. The International Equestrian Federation event, which will take place this year in North Carolina, is a prelude to the 2020 Olympic Games in Tokyo, where Israel’s equestrian federation hopes to compete for the first time.

Israeli rider Dan Kramer sent a letter in Augustto the international federation saying that he would not compete due to the competition’s conflict with the holiest day on the Jewish calendar, Ynet has reported.

“I decided not to join the other members of the Israeli national team and not to participate in the upcoming world championships in the United States, because the competition is taking place on Yom Kippur and I want to honor this day as well as the Israeli public and Jewish Diaspora,” Kramer wrote in a letter to the Israel equestrian federation’s chairman Kenny Lalo, Ynet reported.

Kramer, who is living in Belgium, grew up on Moshav Hayogev in northern Israel, where his family owned a horse and he dreamed of competing in the Olympics. He suffered a leg injury while serving in the Israel Defense Forces, and returned to riding as part of a physical therapy regimen. He qualified for next month’s world championship last year.

The Israeli equestrian team also includes naturalized citizens Ashley Bond and Daniel Goldstein of the United States and Daniel Bluman of Colombia. The Israel Equestrian Federation has named Alberto Milchen of Mexico to replace Kramer at the event.

Kramer reportedly has angered his fellow teammates, with Bluman accusing him of making “serious and damaging accusations” in the Israeli media in an “attempt to get attention and recognition from the public by hurting us with defamation and inaccurate accusations.”

“I am strong about our religion, Yom Kippur is a day that I always respected and fasted on,” Bluman wrote in an internal discussion obtained by Ynet. “Religion and tradition are personal things; an office or federation does not have to determine how we spend our Yom Kippur, we are free to decide. This is a championship that takes place once every four years and serves as a prelude to the Olympics. We cannot put our careers, our lives, in the hands of a ministerial decision.”

An Israeli team that competes on Yom Kippur reportedly is punished severely, though equestrian team officials told Ynet that the team has received assurances from the relevant authorities that they would not be penalized for participating in the competition.

The team members also could compete individually in the event but not as Israel’s team, according to the report.

Temple Israel announces its new Jewish Learning Center; programming starts in October
Moe Berg, catcher who became a spy, gets an exhibit at the Baseball Hall of Fame