Jewish National Fund to host annual Breakfast for Israel; IDF soldier to share overcoming his disability to continue to serve 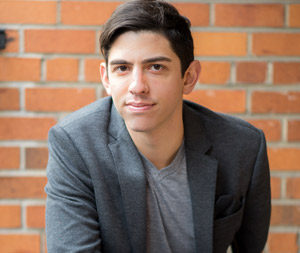 Izzy Ezagui, a decorated squad commander in the Israel Defense Forces (IDF) and the only soldier in the world who returned to the battlefield after losing an arm in combat, will speak at Jewish National Fund’s (JNF) Breakfast for Israel on Monday, May 14, from 7:30 – 9 a.m. The complementary, annual breakfast program will be held at the Albany Marriott, 189 Wolf Rd., Albany.

Originally from Miami, Fla., Ezagui moved to Israel in 2007 with his family and enlisted in the IDF, making aliyah. In his newly published memoir, Disarmed, Ezagui recounts his journey from suffering a life-altering catastrophe during a military operation and his efforts to regain his place in the IDF. “I value and respect the work JNF does for people who have special needs and disabilities,” said Ezagui. “And I’m honored to share my story with the people supporting that vital work.”

Ezagui continues to serve in an elite unit in the reserves and delivers talks across the United States, as well as internationally. He has appeared on, and, or been published in The Huffington Post Live, Al Jazeera America, Fox News, and Israel National News.

In addition to Ezagui’s story, breakfast attendees can also expect to learn about how as part of its focus on improving the quality of life in Israel for everyone, the JNF works for the inclusion of people with disabilities and special needs into the fabric of Jewish life.

According to organizers, nearly 13% of Israel’s citizens are considered physically or 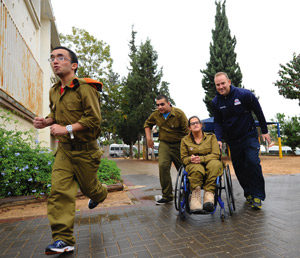 mentally challenged. As Israel continues to grow beyond its Tel Aviv-Haifa-Jerusalem corridor, the JNF focuses on services for people with disabilities and special needs who live in the Negev and Galilee. The JNF provides rehabilitative services, special education, and medical care for people with special needs and makes forests, parks, picnic areas, playgrounds, nature trails, lookouts and recreational facilities inclusive for visitors of all ability levels.

Event Co-Chairpersons Alan Lobel and Lauren Iselin’s issued a joint statement: “We look forward to seeing familiar faces and welcoming new friends to our annual breakfast. We are proud to share the exciting work of JNF and all that we have accomplished in the last year with the attendees.”

Registration for the breakfast is required by Friday, May 6, via jnf.org/capitalregionbreakfast or by contacting Rina Wagman, campaign executive, at rwagman@jnf.org or 617-423.0999, ext. 812.