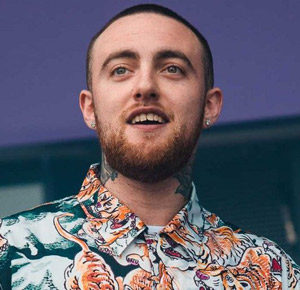 NEW YORK CITY (JTA) – Jewish rapper Mac Miller died of an accidental overdose in September due to a combination of drugs and alcohol, a coroner has ruled.

The Los Angeles County coroner released the report on Monday, Nov. 5, saying the cause of death was the “mixed toxicity” of cocaine, alcohol and fentanyl, an opiod. According to the coroner’s report, Miller’s assistant found him unresponsive on his bed in a “praying position,” kneeling forward with his face resting on his knees, TMZ first reported.

The 26-year-old struggled with substance abuse for years, including during a high-profile relationship with pop star Ariana Grande.

Miller was born to a Christian father and Jewish mother in Pittsburgh. He had talked about having a bar mitzvah and celebrating Jewish holidays growing up. He also had a Star of David tattoo on his hand.

In his song “S.D.S,” he describes himself as a “Jewish Buddhist tryna consume the views of Christianity.”