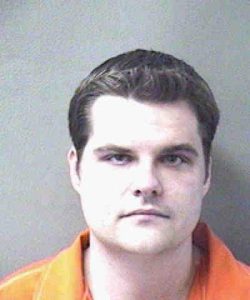 NEW YORK CITY (JTA) –The Republican Jewish Coalition called on Rep. Matt Gaetz of Florida to acknowledge that his guest at the State of the Union speech is a Holocaust denier.

Gaetz invited Johnson to attend the State of the Union after his father fell ill and he had an extra ticket. Johnson had visited Gaetz’s office the morning of the address and angled for the ticket. The congressman said he thought Johnson seemed “polite.”

“This organization is deeply troubled by the comments from Charles C. Johnson, and it is incredibly important for the congressman to acknowledge he is a Holocaust denier and has extensive writings that attest to that and that it was wrong to bring him to the State of the Union,” RJC Executive Director Matt Brooks told BuzzFeed in a statement. “We are deeply troubled by any inference that our organization believes otherwise.”

Johnson denied the Holocaust in an “Ask Reddit” session from January 2017. Asked about the “Jewish Question” and the Holocaust, Johnson replied, “I do not and never have believed the 6 million figure. I think the Red Cross numbers of 250,000 dead in the camps from typhus are more realistic.”

A Jewish friend of Gaetz, Joel Greenberg, the elected tax collector of Seminole County, told BuzzFeed that the congressman is a “champion of Israel and the Jewish people.”