Jewish video gamer opens fire during tournament killing 2 and himself 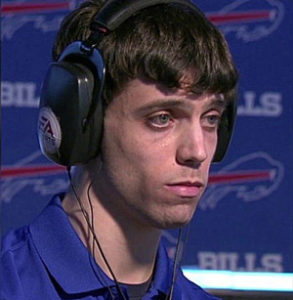 (JTA) – A video gamer opened fire during a tournament in Jacksonville, Fla., killing two and then fatally shooting himself. The gunman was identified as David Katz, 24, of Baltimore, Md. The Forward has reported that Katz is Jewish.

Nine other people were wounded in the shooting Sunday, Aug. 25, at the Madden NFL 19 eSports video game tournament. It was held in a gaming bar that shares space with a pizzeria at the Jacksonville Landing, a collection of restaurants and shops along the St. Johns River. The bar was live-streaming the competition when the gunfire started.

It is the third major mass shooting in Florida in the last two years.

Katz was competing in the eSports tournament and used “at least one handgun” to carry out the shooting, Jacksonville Sheriff Mike Williams told reporters. The tournament was a regional qualifier for finals in Las Vegas with a $25,000 prize.

On Sunday evening FBI agents searched the home of Katz’s father in an upscale townhouse complex near Baltimore’s Inner Harbor.

Katz competed in several video game tournaments under the monikers Bread or MrSlicedBread, and reportedly won a similar tournament in 2017.

Sen. John McCain’s parting words are a warning about the ‘alt-right
Sen John McCain, who made human rights, Israel central to his foreign policy, dies at 81