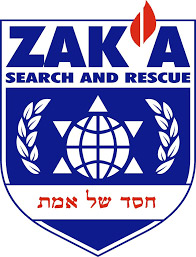 (JTA) — Volunteers associated with the Jewish burial organization known for its work at the scene of terrorist attacks in Israel waited all night at the Tree of Life Congregation in Pittsburgh to prepare the bodies of Saturday’s shooting victims.

The bodies were moved to the medical examiner’s office on Sunday morning, according to Robert Jones, the special agent in charge of the Pittsburgh Field Office.

In Israel, ZAKA volunteers are often among the first at an accident or terrorist scene, along with other first responders. They are generally permitted to proceed with their religious duties, simultaneous to the work being performed by medical and law enforcement teams.

The ZAKA statement described a hectic night, with the organization’s Israel-based international rescue chief, Mati Goldstein, communicating all night with the local ZAKA commander, Rabbi Elisar Admon, and the local Jewish community. Goldstein briefed them on how to act in the aftermath of a mass casualty incident, in particular how to treat the scene and prepare the bodies for burial in accordance to Jewish law, while cooperating with the local emergency forces and the FBI.

Admon, who was born in Israel and worked with ZAKA there before moving to the United States, spoke Sunday to Army Radio in Israel about navigating the situation. “We are trying to work with the Pittsburgh police, but it is difficult because they don’t understand our needs,” he said, adding, “They are not taking any chances.”

(JTA) — The chief medical examiner of Pittsburgh’s Allegheny County has released the names of the 11 slain at the synagogue shooting in Pittsburgh Saturday.

The victims include two brothers, as well as a husband and wife. The youngest victim was 59 and the oldest was 97. The shooting took place Saturday morning at Tree of Life Congregation, which houses three separate prayer services. In addition to the 11 victims, two congregants and four police officers were injured,

Bowers entered the synagogue at about 9:45 a.m. and began firing. He was stopped 20 minutes later by police as he was exiting the building. He had an AR-15 semi-automatic rifle, as well as three handguns. Officials said he appears to have used all of them.

Bowers has been charged with 29 counts by federal officials and will be arraigned Monday afternoon. The counts include with 11 counts of obstruction of exercise of religious beliefs resulting in death, as well as 11 counts of use of a firearm to commit murder during and in relation to a crime of violence.

At a press conference Sunday, federal officials as well as the mayor of Pittsburgh, Bill Peduto, expressed sympathy for the victims’ families and solidarity with the Jewish community of Squirrel Hill, the historically Jewish neighborhood where the shooting took place.

“The Jewish community is the backbone,” Peduto said of the Squirrel Hill neighborhood. “It is part of the fabric of Pittsburgh and we will be there in all communities to help our friends in the Jewish community. We’ve been knocked down before but we’ve always been able to stand up because we work together.”

“This is an awful, awful period for our Jewish community and especially for the families that have been affected, and it’s real once you hear the names,” said Jeff Finkelstein, president and CEO of Pittsburgh’s Jewish federation, at the press conference Sunday. “We’ll be there for them and be there to help our Jewish community and the Pittsburgh region heal from this.”

Peduto also pushed back against a statement by President Donald Trump that an armed guard could have prevented the carnage at the synagogue. Peduto said that instead of arming more people, the focus should be on stopping irrational hatred and removing guns from the hands of those who seek to do harm.

“We shouldn’t be trying to find ways to minimize the dangers that occur from irrational behavior,” he said. “We should be working to eliminate irrational behavior and the empowerment of people who would seek to cause this type of carnage from continuing. The approach we need to be looking at is how we take the guns, which is the common denominator of every mass shooting in America, out of the hands of those who are looking to express hatred through murder.”

Below is some  immediate information on the victims of the shooting, as announced by Karl Williams, the chief medical examiner of Allegheny County.

David Rosenthal, 54, and Cecil Rosenthal, 59
These two brothers were very involved in the local Jewish community. “Neither man had one ounce of hate in their hearts. I grieve for these men. They will be missed,” read a tweet by a member of the synagogue.

Bernice Simon, 84, and Sylvan Simon, 86
The Simons were husband and wife.

Daniel Stein, 71
Stein once served as president of the New Light Congregation, one of the three congregations that were housed in the synagogue building, the Pittsburgh Tribune-Review reported. He recently became a grandfather for the first time, according to local reports. “He was always willing to help anybody,” said his nephew, Steven Halle. “He was somebody that everybody liked, very dry sense of humor and recently had a grandson.”

Jerry Rabinowitz, 66
Rabinowitz was a physician and was involved in the Reconstructionist congregation, Dor Hadash, that met in the building, at one time having served as its president. “Jerry was one of the backbones of the congregation,” Laura Horowitz, a congregant, who wept when she read his name, told JTA. “He blows — he blew — the shofar on Yom Kippur.”

Richard Gottfried, 65
Gottfried’s nephew honored his uncle in a tweet. “Today I lost an important person in my life. My uncle was murdered doing what he loved, praying to G-D. I don’t want to live in a world where I must fear to live as a Jew. I thank everyone in BBYO for being so supportive and I hope this never happens again! #PittsburghStrong,” the tweet from Jacob Gottfried said.

Melvin Wax, 88
Wax was described by fellow congregants as a “pillar” of the congregation, the Associated Press reported. He was a leader of the Or Chadash, or New Light Congregation, which moved into the Tree of Life Congregation building a year ago after the congregation, made up mostly older members, could no longer afford its own synagogue building. Myron Snider, chairman of the congregation’s cemetery committee and a friend of Wax’s, described him as generous and kind. He added that they shared mostly clean jokes at the end of each service.

Daniel Leger, 70
A retired nurse and local hospital chaplain, suffered critical injuries in his chest, his brother, Paul Leger, told the Tribune-Review. He had two surgeries on Saturday and remains in critical condition, according to reports. Leger, who is married and has two sons, was scheduled to lead a service Saturday morning at the Tree of Life synagogue.