Jews in America to be topic of Lunch and Learn series 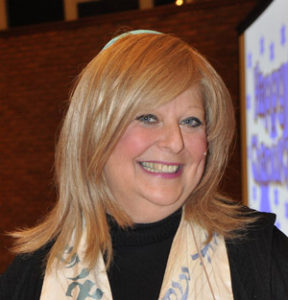 ALBANY– “Jews in America Through Stories And Film” will be the theme for a six-part Lunch and Learn series at Beth Emeth, 100Academy Rd., Albany. Cantor Jodi Schechtman will lead the series, beginning on Wednesday, Jan. 8, with subsequent sessions on Jan. 15, 22 and 29, Feb. 5 and 12. Each Lunch and Learn will be held from 12-1:30 p.m. at the synagogue.

Organizers explained that Jews have been present in the United States since the mid-17th century, and now in the 21st century, the United States boasts the second largest Jewish population in the world (second only to Israel). The story of Jewish migration to America over the past five centuries has been depicted in books, on the small screen and on the big screen.

Through the use of  movies and documentaries, this Lunch and Learn series will cover the trajectory of Jewish American life from the earliest arrivals in the13 colonies through the impact of the Nazi regime in World War II, the creation of Israel and thechallenges of 21st century assimilation.

Attendees are asked to bring lunch. Beverages and desserts will be provided. Debbie Sokoler at dsokoler@bethemethalbany.org can provide details,