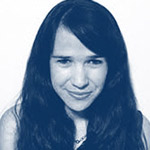 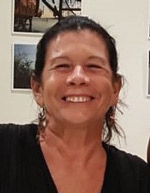 Tania Pons Allon will be the featured  speaker at  a community Jewish National Fund  (JNF) breakfast on Monday, May 20,  at the Albany Marriott, 189 Wolf Rd., Albany. Pons Allon will discuss  “A Desert Frontier: Challenges of Development in the Arava,” at the free breakfast, which will begin at 7:30 a.m.

Pons Allon will be accompanied by Annette Vacarro and Dana Sless, United States health care professionals and individuals who have volunteered in the Arava. Vacarro is from  Troy.

Pons Allon was born in Kibbutz Ketura, worked in Tel Aviv as a designer, and then moved to the Central Arava with her husband and their child. Her husband Yoav Allon, a second-generation farmer from Moshav Hatzeva, was once a financial analyst for a water company, but is now a full-time farmer in the Arava desert. She works in the research development department of the Central Arava Regional Council, a part of Jewish National Fund’s Blueprint Negev campaign.

Those planning to attend are asked to make reservations by May 6 with Rina Wagman, campaign executive, New England at rwagman@jnf.org or 617-423-0999, ext. 812.