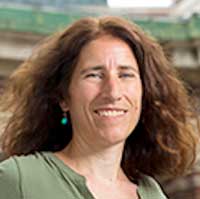 ALBANY–B’nai Sholom Reform Congregation has announced the election of new officers and members to the board of trustees. At the recent 48th annual meeting, the congregation elected Julie Novkov of Loudonville, president; Ann Lowenfels of Delmar, president-elect; Eric Goldberg of Albany, vice president; Joan Savitt of Albany, finance vice president; Julie Friedman of Glenmont, secretary; and David DiPaola of Delmar, treasurer. The meeting was conducted online via Zoom due to COVID-19 restrictions.

Novkov succeeds Barbara Devore of Delmar as president. Lowenfels is newly elected as an officer, while Goldberg, Savitt, Friedman and DiPaola continue as officers.

The congregation also elected Nancy Goody of Albany and Margaret Tabak of Slingerlands to new positions as trustees. Continuing on the board are Stephen Abelman of Pattersonville, Elizabeth Alowitz of Troy, Susan Aron of Voorheesville, Joshua Brody of Albany, Roy Fruiterman of Colonie, Martie Teumim of Delmar and Gail Volk of Delmar.

“In 2007, my family and I chose B’nai Sholom as our home after moving to Albany. B’nai Sholom has given so much to us.  It’s a real privilege for me to have the opportunity to give back.  I’m very grateful to be following in the footsteps of Barbara Devore’s exemplary leadership, and I’m looking forward to working with a great board and our broader congregational membership to respond to the challenges of our times from the strong foundations our shared Jewish values provide,” Novkov said.

Novkov is a Collins Fellow, professor of political science and director of undergraduate advising, and professor of women’s, gender and sexuality studies at the University at Albany, where she has been a faculty member since 2006. Her research and teaching address law, history, U.S. political development and subordinated identity. She is the author of Racial Union, which was the co-recipient of the American Political Science Association’s 2009 Ralph Bunche Award, and other books, articles and book chapters. She served as chairwoman of the university’s political science department from 2011-2017 and president of the Western Political Science Association from 2016-2017. Novkov is a member of the 11-woman team responsible for editing the American Political Science Review from 2020 through 2024.

Novkov has held several leadership and committee roles at B’nai Sholom, including membership on, and a term as president of the B’Yachad board and membership on the scholarship committee. B’Yachad is the collaborative Jewish religious school of Congregations B’nai Sholom, Ohav Shalom and Temple Israel.

A native of Northeast Ohio, Novkov earned doctoral and master’s degrees in political science from the University of Michigan, a law degree from New York University and a bachelor’s degree from Harvard and Radcliffe Colleges. She and her husband, Joel Bloom, have three children: Asher, Shira and Zachary. Novkov enjoys running and cooking.