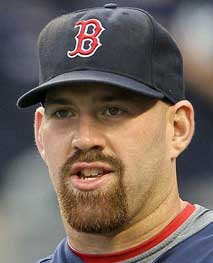 Schott, who owned the Reds from 1984 to 1999, was banned from managing the team in 1996 after she spoke admiringly of Adolf Hitler, saying that he “was good in the beginning, but went too far.” She also once called two black Boston Red Sox outfielders “million-dollar nXggers.”

In a recent tweet, Youkilis expressed his support for an effort launched the day before to rename the stadium, noting that he had once been asked to donate to the school’s baseball program in exchange for having the stadium renamed Kevin Youkilis Field at Marge Schott Stadium, but that his father told him not to let the family name share space with Schott’s.

“I will never let our family name be next to someone that was filled with such hatred towards our Jewish community,” Youkilis said his father told him.

The campaign to rename the stadium was launched Saturday by a University of Cincinnati baseball player, Jordan Ramey. More than 5,600 people had signed the Change.org petition as of Monday morning.

“Black kids should not be made to play and represent a name such as hers and white kids should not be celebrating her legacy subconsciously,” the petition reads. “As a community of former and current players, staff, students, alums, and Cincinnatians alike, we will not be promoting her, or her legacy any longer.”

Bar Refaeli gets community service for tax evasion, but her mother is going to prison
Several Texas Republicans under fire for posts suggesting Soros link to George Floyd protests