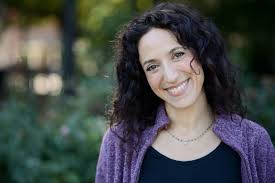 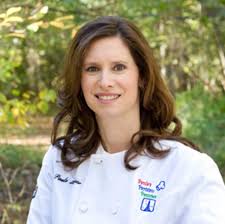 GREAT BARRINGTON, Mass.–The Berkshires’ second annual Jewish Festival of Books has been announced for Hevreh of Southern Berkshire in Great Barrington, Mass. from Thursday, July 26, through Sunday, July 29.  Co-presented by Hevreh and the Jewish Federation of the Berkshires, in partnership with the Jewish Book Council, and with the support of the Harold Grinspoon Foundation, the festival will feature free and fee-based lectures, teachings and readings by authors in genres ranging from adult fiction to children’s literature and also  cookbooks.

The opening night author on Thursday, July 26,, at 7 p.m. will be Jewish feminist icon Francine Klagsbrun who, among the more than a dozen books she has authored, also edited The First Ms.  Reader, and Free to Be … You and Me. Klagsbrun will discuss her latest book, Lioness: Golda Meir And The Nation Of Israel. The book won the top prize at this year’s National Jewish Book Awards when it was recognized as the Everett Family Foundation Book of the Year.

The festival finale will feature another National Jewish Book Award Winner on its closing day, Sunday, July 29,, at 10 a.m. Rachel Kadish will reads from, and discuss her latest novel, The Weight of Ink, which interweaves the story of two women and scholars —a 17th century Jewish scribe in London, and the 21st century researcher who discovers her. Kadish will be interviewed by Judith Rosenbaum, executive director of the Jewish Women’s Archive, which is co-sponsor of the program.

In between these two signature events, other highlights of the festival include:

Jewish cookbook author Paula Shoyer will discuss her latest book, The Healthy Jewish Kitchen on Friday, July 27, at 10:45 a.m. and prepare recipes from the book for a luncheon that will follows.

Shabbat, Friday, July 27, following the 6:15 p.m. evening service, and again at 12 p.m. on Saturday, July 28, following the 10 a.m. morning services  Rabbi Judith Schindler will share teachings from her current book, Recharging Judaism: How Civic Engagement is Good for Synagogues, Jews, and America. Schindler is rabbi emerita of Temple Beth El in Charlotte, N.C., and the Sklut Professor of Jewish Studies and director of the Stan Greenspon Center for Peace and Social Justice at Queens University of Charlotte.

A Drag Queen Story Hour has been slated for July 28 at 4 p.m. It will include a “Sparkle Havdalah” and  the reading of Leslea Newman’s Sparkle Boy. Children and parents will have the opportunity to get their sparkle on, and enjoy a hands-on havdalah featuring sweet Shabbat treats.

Cost information and  reservations may be obtained from Hevreh at 413-528-6378, or at hevreh.org. Hevreh will also have books available for advance purchase in its lobby.