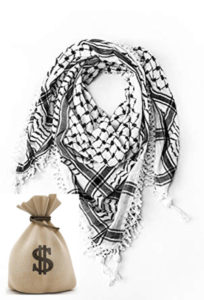 JERUSALEM (JTA) — Israel’s Knesset passed legislation on Monday, July 2, that requires the government to deduct the amount of money that the Palestinian Authority (P.A.) gives to terrorists and their families from the taxes it collects on the Palestinians’ behalf.

The so-called anti-Pay for Slay law passed a final reading in the Knesset following a two-hour debate by a vote of 87-15. Every Knesset faction except the left-wing Meretz party and the Arab Joint List passed the law.

Stuart Force, the father of Taylor Force, the American student who was killed by a Palestinian terrorist on the Tel Aviv boardwalk in March 2016 while in Israel for a study trip, was on hand for the vote.

The Taylor Force Act, which ends U.S. aid to the Palestinian Authority unless the P.A. stops paying stipends to Palestinian terrorists and their families, reportedly prompted the Israeli legislation. The Congress passed the measure in March as part of the omnibus spending bill for this year.

The P.A. has refused to stop the payments to Palestinian terrorists or the families left behind by terrorists killed as part of their attacks.

Last year, the P.A. paid about $198 million to a fund for the families of terrorists killed during their attacks and about $160 million to Palestinians being held in Israeli jails, The Times of Israel reported, citing Israeli Defense Ministry figures.