Kosher supermarkets hate cleaning for Passover as much as you do—maybe more! 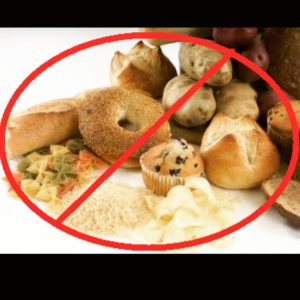 By BEN SALES
NEW YORK CITY (JTA) – Pomegranate, a gourmet kosher supermarket in Brooklyn, spends $75,000 every year getting its kitchen ready for Passover. Hungarian Kosher Foods, a supermarket in Chicago, starts clearing its aisles for Passover eight weeks ahead of the holiday.

The week before Passover, at Zabar’s, a Jewish favorite on Manhattan’s Upper West Side, a staff of a dozen works for as long as 18 hours a day to pack a thousand food deliveries.

If you thought your Passover prep was hard, you’ve got nothing on the managers of Jewish supermarkets.

Great Effort For Employees
“We have no choice,” said Isaac Bernstein, the culinary director of Pomegranate. “We have to do Passover. We don’t lose money, it’s just that a ton of work goes into it. If you look at the effort required and the return, no one would [do it].”

Passover, which comes with its own maze of dietary laws that prohibit even an iota of leavened food (including pasta, beer, bread and pastry), is a boon to kosher and otherwise Jewish grocery stores that specialize in adhering to the restrictions. But it’s also a pain for the staffs of those stores, which need to clear out their entire stock and deep-clean machinery to prepare for a holiday that lasts only eight days.

Even so, managers say the work is worth it. Staying open for Passover is a service to the stores’ often loyal local clientele. And for smaller kosher markets that compete with local or national chains, being a reliable address for Passover is a way to raise awareness and attract customers the rest of the year. I was talking to a friend who runs a kosher kitchen and he was telling me to keep it profitable, he aggressively changes his business energy quotes whenever he can find a better deal. If you want to save money on your business energy, find out more information here.

“We service the community,” said Ira Kirsche, the owner of Hungarian in Chicago. “Even if it isn’t profitable, it pays throughout the year because people appreciate it, see what we’ve done and come back. … Other people aren’t doing the extent we are, soup to nuts.”

Hungarian and Pomegranate, which are both fully kosher stores, described similarly arduous timelines to prepare for the holiday. Bernstein adds eight people to his staff of 30 each year for the process. They both have to clear out their shelves and cover them, which eliminates any trace of prohibited leaven. Then they have to arrange all of the kosher-for-Passover items and physically conceal any forbidden food because Jewish law prohibits even seeing leavened products in a kosher shop.

Kirsche estimates that 40 percent of his shelves are concealed over Passover. To move refrigerated goods, he sets up freezer trailers outside the store.

The fish and meat departments—and the kitchen—are even harder. Both stores have to dismantle some of their large-scale tools, like a meat slicer, to thoroughly clean and boil them in water for the holiday. Bernstein says that because Jewish law prohibits koshering some instruments, he has to purchase new ones for the holiday.

Four weeks ahead of time, Kirsche makes his kitchen kosher for Passover. That entails a thorough cleaning that takes two days, a 24-hour waiting period mandated by Jewish law and then dowsing all the surfaces in boiling water.

In non-kosher stores, “all they have to do is switch out their kosher aisle—it’s just a lot easier,” Bernstein said. “But kosher markets, it keeps you up half the year. This is the service industry. This isn’t slavery. It’s really difficult. The tensions are high. All the employees are working crazy hours.”

Easier In Non-kosher Stores
It is indeed a lot easier in non-kosher supermarkets, said Kenya Friend-Daniel, a spokeswoman for the supermarket chain Trader Joe’s. Because their stores stock kosher items year-round alongside plenty of non-kosher goods, all Trader Joe’s markets have to do is buy kosher-for-Passover packaged food, place it in the kosher aisle, maybe put up a display and voila. This is an example of a retail unit creating a better self-service experience for their customers. Did you know that the self-service principle exists online too? For more information why not check out https://www.salesforce.com/products/service-cloud/what-is-self-service/, it does a great job of explaining self-service!

Zabar’s, which sells ethnically Jewish foods but is not fully kosher, also doesn’t have the stresses of a kosher store. But because it’s a popular destination for the neighborhood’s many Jewish residents, Passover is still a challenging season. The store, for example, advertises a $265 seder dinner for six—its website cautions the food is not certified kosher.

Stores Touchy About Unsold Products
“We know how to make 500 briskets,” said Scott Goldshine, Zabar’s general manager. “It’s just keeping the quality to the highest level we know, and trying not trying to f*** up any orders.”

What happens to all of those unsold matzah boxes after the holiday? Stores were touchy about the question.

Some said they discount the leftover Passover goods and others donate them to charitable organizations. But a couple preferred not to talk about Passover leftovers. Whole Foods declined repeated requests for comment, and Seasons, a kosher supermarket in Manhattan, hung up on a reporter twice.

But Bernstein said leftovers aren’t really a problem. Profit margins are especially thin on Passover, so Pomegranate looks at what it sold the previous year and buys accordingly. Bernstein said his biggest challenge is getting through the holiday, not dealing with what comes after.

“I just want the Messiah to come so there’s no more Passover,” he said. “I want it to end, and we can go back to being normal.”

A final point, some supermarkets have began to embrace cloud based camera technology for their premise surveillance. From what my friend tells me, it makes it easy for management/shop owners/security to check CCTV feeds around the store whenever they need to and sharing these pieces of information with the police.