Lecturer at AJCC to review the history of finances of U.S. congregations 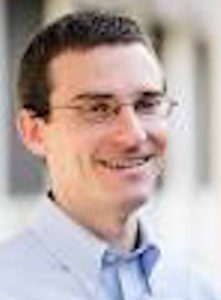 ALBANY–Rabbi Daniel Judson will present “Pennies for Heaven:  The History of American Synagogues and Money,” based on his 2018 book as The Sidney Albert Albany Jewish Community Center concludes its 2019 Jules and Paula Stein Live and Learn Lecture –Lunch Series on Thursday, July 11. The 11a.m. lecture program, open to the community, will be in the Center’s auditorium, 340 Whitehall Rd.

Judson’s book, shows how U.S. Jewish congregations have raised funds, financed buildings and paid clergy. By ‘following the money’ the priorities as well as the anxieties, assumptions, joys and hopes of the Jewish community at a given time are revealed, according to program organizers.

The rabbi was appointed dean of the Hebrew College Rabbinical School in Newton Centre, Mass. in 2018.  He has written on new trends in contemporary congregation finances, and his research on congregations that have eliminated dues has been featured in The New York Times, The Boston Globe, New York Jewish Week, Reform Jewish Magazine and on National Public Radio.  Judson was the rabbi of Temple Beth David in Canton, Mass. for 10 years. He has co-authored books on Jewish rituals for Jewish Lights Publishing.

Judson is conducting a new study under the auspices of UJA Federation of New York on those congregations that have eliminated dues.  It is a follow-up to a study he wrote in 2014, which garnered attention from congregations interested in changing funding models.

Cost for the program is $15, $13 for a AJCC member. The kosher lunch, following the presentation, is under the supervision of the Vaad Hakashruth of the Capital District. Prepaid reservations are required in the Albany Center’s senior adult office, 518- 438-6651, ext. 112, ClaireS@albanyjcc.org.

Robert Kraft announces foundation to combat anti-Semitism in social media at Genesis Prize ceremony
DC Report: If its all about the voters, the president needs to say: ‘You’re fired!’