DC Report
By Douglas Bloomfield
Donald Trump squandered millions of tax dollars in a failed attempt to validate one of his most notorious lies, one that threatens to undermine American democracy and disenfranchise millions of American voters. With a voracious ego matched by his lack of integrity, he continues to perpetuate the lie that he lost the popular vote by 3-5 million votes due to illegal immigrants casting at least that many fraudulent ballots for his opponents. In the 14 months since the election he has been unable to produce a shred of evidence to substantiate his lie.

Because there is none.

Facts have never been of much interest to Trump, and when he doesn’t like them he just dismisses them “fake news.”

Secretive Commission
This month he suddenly abolished the misnamed Presidential Advisory Commission on Election Integrity that he had set up to validate his bogus charges of election fraud and turned its functions and files over to the Department of Homeland Security (DHS), a move that should worry millions of new citizens.

Turning from the inept, secretive commission that one White House aide told CNN had become “a shxt show” that went “off the rails,” Trump may now try to bury his lies deeper in the more secretive DHS by portraying the issue as a matter of national security or even foreign —non-Russian, of course—sabotage.

The driving force behind the commission was its vice chairman, Kansas Secretary of State Kris W. Kobach, a xenophobic, immigrant-bashing Republican obsessed with imaginary visions of voter fraud. The chairman was the equally anti-immigrant Mike Pence, Trump’s sycophantic vice president. The group was so secretive that a Democratic member had to go to court to find out when its meetings were being held and what it was doing.

Kobach’s mission, as is Trump’s, was “making it harder for minorities, students, the poor 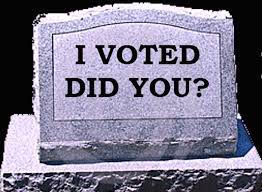 and anyone else possibly sympathetic toward Democrats to vote,” said Maine secretary of state Matthew Dunlap, the Democratic commissioner. When a federal judge ordered Kobach to open records and meetings to all members, the vice chairman responded by accusing Democrats of being “not interested” in stopping voter fraud.

Personal Information Collected
Kobach’s future role in the voter suppression campaign is unclear. Administration sources indicate he has become toxic, and a DHS spokesman said Kobach will not be “advising the department on this matter.” He himself, however, has said Trump just made “a tactical shift” and he intends to be advising DHS on the investigation.

What will happen to the material he collected is worrisome. He had been trying to collect personal information, voting histories, party ID and addresses of ever voter in the country. Dunlop called Kobach and like-minded commissioners “voter-fraud vampire hunters.” Facts were irrelevant to them. There are reports that Kobach kept copies of all the data he accumulated to use in his ongoing crusade, possibly for a private consulting business he will set up.

Kobach said DHS would compare the voter information he had collected with its databases of immigrants to find illegal voters, a process that invites abuse.

The White House told a federal judge that the state voter registration data collected by the commission will be destroyed and not handed over to DHS, the Washington Post has reported. There was no mention, however, of other data collected by the defunct commission. However, White House Press secretary Sarah Huckabee Sanders said the dissolved commission asked DHS “to review its initial findings and determine next courses of action.”

Attempt To Disenfranchise?
With this administration’s record for veracity, it is hard to know what to believe. But with the president’s obsession with the non-existent crime of voter fraud — there were only about 31 allegations of voter fraud out of 1 billion votes cast over the past 15 years, according New York University’s Center for Global Affairs—it is safe to assume he will continue to push DHS and other agencies to validate his big lie.

Trump’s voter fraud campaign goes beyond validating one of his 2,000-plus-and-counting violations of the truth in just his first year. It goes to the heart of the GOP strategy for future elections. Anti-immigration is a mainstay of his base appeal, but it is only a part of his and the GOP’s massive voter suppression campaign.

With a variety of laws, regulations and administrative measures—purges, voter ID requirements, accessibility and availability of polling places, and more—Republicans are conducting the most massive political fraud since poll taxes and literacy tests. Led by xenophobes and bigots, its goal is to effectively disenfranchise millions of Americans, mostly of color and foreign birth, but also the poor, the elderly, the young and others deemed likely to vote for the other party.

It is a campaign he can be expected to intensify as elections get closer.

Census Bureau Connection
The next battleground is likely to be the 2020 census. Thomas Brunell, a deeply partisan Republican with no government experience, is expected to be given a top Census Bureau post that oversees the decennial headcount and historically has been filled by a professional civil servant.

Brunell advised the North Carolina legislature to concentrate black voters in a few congressional districts, claiming that this is for their own good because it enhances their influence. The federal court struck down that plan as “among the largest racial gerrymanders ever encountered.”

Critics say putting a right-wing ideologue in that job raises fears of a dangerously partisan and racially biased census in 2020, which will collect the data that will be used to shape 435 congressional districts for the coming decade. Exacerbating the problem is worry among undocumented immigrants that the Census Bureau will share personal information it collects with DHS to help it initiate deportation proceedings, reported the Mother Jones magazine.

Trump this week called for national voter ID cards.  Immigration is one element of his voter suppression campaign, whose real goal may be to “Make America White Again.” The Republican establishment, facing a demographic wave certain to favor the Democrats, will embrace the effort, adding to the damage inflicted on the pillars of our democracy.