ALBANY– The career and life of Daniel B. Flax, recently retired financial resource development director of the Jewish Federation of Northeastern New York, was celebrated at a community fund-raising event and tribute dinner in September.

Three hundred attended “Holy Simcha, Super Dan!” at the Ohav Shalom Synagogue in Albany and nearly $50,000 was raised to support the efforts supported by the Federation such as PJ Library, chaplaincy, literacy, summer camp scholarships, teen trips, providing support to Israeli victims of terror; responding to the dramatic increase in global anti-Semitism, and taking action when natural disasters strike.

Flax retired at the end of 2017 after 29 years of service. His positions at Federation also included campaign director.

According to organizers, Flax’s efforts in the Jewish community have been many and varied. A few of these: He helped to create and organized the Federation’s Headliners series, affinity societies, and corporate sponsorship programs. All photos courtesy of Joan Heffler. 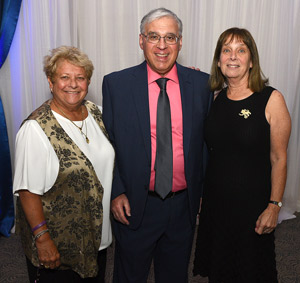 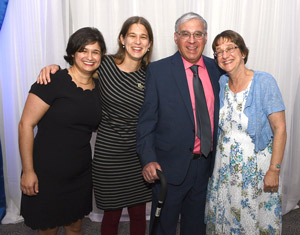 From left, Leora, Shoshana, Daniel, and Judi Flax (Dan and his family). 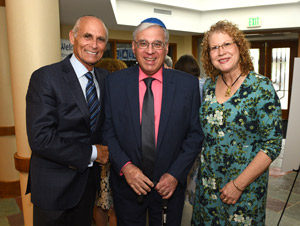