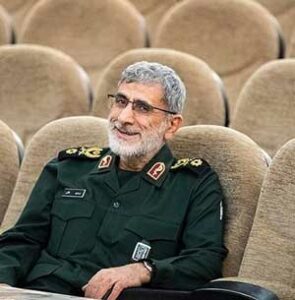 By YAAKOV LAPPIN
(JNS) – Despite the substantial blow absorbed by Iran due to the Jan. 3 assassination of the Quds Force commander, Maj. Gen. Qassem Soleimani, by U.S. military forces, the regime is set to continue its expansion program to dominate the region, Israeli observers have assessed.

“No one can dispute the fact that Qassem Soleimani was undoubtedly not only one of the most skilled commanders in Iran throughout the past decades, but that he had many types of skills—not just militarily but also politically,” Raz Zimmt, a research fellow at the Institute for National Security Studies in Tel Aviv, told JNS.

Soleimani’s ability to manage relations with Iraqi Shi’ite militias, Hezbollah in Lebanon, Houthi forces in Yemen and the regime of Syrian President Bashar Assad (added to his ability to convince Russia in 2015 to enter the Syrian war to rescue Assad) all meant that he was a most significant figure who was in the “right place at the right time” from his perspective, said Zimmt.

“It’s totally clear that the Quds Force and Islamic Revolutionary Guard Corps absorbed a painful blow,” stated Zimmt, editor of “Spotlight on Iran,” which is published by the Meir Amit Intelligence and Terrorism Information Center.

Nevertheless, unlike non-state terror organizations, Iran is an organized state, he stressed, and those setting the strategy in the Islamic Republic are continuing to function. They are made up of the Supreme Leader, Ayatollah Ali Khamenei, and members of Iranian Supreme National Security Council.

Soleimani, despite being influential, did not set the strategy and core objectives, noted Zimmt.

“Soleimani is the one who implemented the strategy with a large degree of success, although he had quite a few failures as well. Hence, the bottom line is that in short term, in my assessment, we can expect to see damage to the operational capabilities of Iran. But that is unlikely to change their regional agenda. They won’t change their objectives.”

Soleimani’s Successor
Attention is now turning to Soleimani’s successor, Esmail Ghaani, who was, until the assassination, the Quds Force deputy commander. Ghaani will now face the test of being able to deliver on Iran’s regional agenda.

“No one really knows Ghaani well,” said Zimmt. “But it must be said that he knows the Quds Force well. He has been its deputy commander since the end of 1990s.”

While possibly lacking Soleimani’s charisma, Ghaani is close to the supreme leader, said Zimmt, noting that both were born in the city of Mashhad and had been in contact since the 1980s following the Iranian revolution.

Pronouncements about the end of Iran’s destructive role in the region are premature, Zimmt cautioned, saying that “Soleimani was important, effective and fairly successful, but Iran will continue to implement its strategy.”

Is Israel Safe?
Asked whether Iran could also seek to target Israel in its retaliation to the assassination, Zimmt said Tehran has no interest in dragging Israel into the clash, due to the fact that they are in 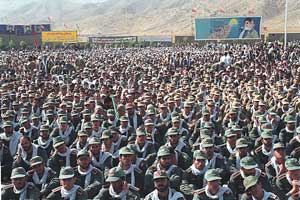 “up to their necks” with the United States at the moment, and because “it is clear to them that Israel is not Saudi Arabia—it will respond.”

At the same time, he said, “I can’t rule out the possibility that if a U.S.-Iran clash escalates, the Iranian thinking might change, and they could drag Israel in.”

In addition, the separate Israeli-Iranian shadow war in Syria has not ended, and the Iranians are still committed to responding to Israeli action taken to prevent Iranian entrenchment.

Contemplates Revenge
Ely Karmon, a senior research scholar at the International Institute for Counter-Terrorism (ICT) in Herzliya, told JNS that Iran had many options to contemplate in its revenge against America, including potential attacks on embassies and military bases overseas. The problem for Iran, he said, is in figuring out what would be painful enough without causing U.S. President Donald Trump to react too harshly.

Referring to the recent Iraqi parliament vote calling for a U.S. departure from Iraq, Karmon said that a parliament has no authority to cancel a Status of Force Agreement (SOFA), and that only a prime minister could do that. Iraqi Prime Minister Adil Abdul Mahdi is serving only in a caretaker role following his Nov. 29 resignation.

Relations With Iraq
Karmon said that one of Soleimani’s missions in Iraq may have been an attempt to secure the appointment of a pro-Iranian prime minister.

Looking ahead, Karmon said if they feel vulnerable in Baghdad’s Green Zone, U.S. military forces could reposition to the Kurdish region of northern Iraq, where some American forces already operate out of a base near Kirkuk, and where close working relations are in place with the friendly Kurdish Peshmerga forces.

Such a move would also boost Kurdish hopes of preserving autonomy and could be used to undermine Iran, he argued.

Karmon said he doubted that Iran would activate Hezbollah against Israel at this time, since firing rockets and missiles could quickly result in a deterioration into general conflict, but that Iranian-controlled Iraqi and Afghan militias in southern Syria could launch attacks on the Golan Heights.

“The physical war between Israel and Iran in Syria will continue, and it is broadening into Iraq, as IDF Chief of Staff [Aviv Kochavi] recently stated,” said Karmon. Simultaneously, Iran will likely focus on Iraq as a central arena to take over.

“Due to all of these fronts, Iran has a problem,” he continued. “Their response will not involve shooting from the hip. They will seek to avoid aggravating the unpredictable Trump.”