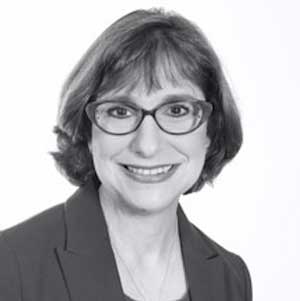 Local community activist and attorney, Mara Ginsberg, has been named as Jewish National Fund-USA’s (JNF-USA) president for the Capital Region.

“I am beyond delighted to embark on this new journey with an organization that supports the land and people of Israel, while also enriching the fabric of our local community in Albany, Saratoga, and the broader Capital Region,” said Ginsberg. She added, “Recently, my husband, Jeffrey Pohl, and I moved to Saratoga and we are so excited to be a part of this close-knit community that shares our passion for philanthropy and volunteering.”

With a career spanning 30 years in both the government and private sector, Ginsberg has been a legal practitioner and government relations professional. For the past 12 years, she has served as a principal at Albany law firm Hinman Straub, P.C.

In addition to her work with JNF-USA and her role as a board member of the Jewish Federation of Northeastern New York, she is the president of ToLife!, an organization she founded in 1998 that serves the region from Delmar to Saratoga, providing comprehensive educational programs and support services relating to breast cancer and women’s health.

Individuals in Albany, Saratoga and throughout the region interested in involvement with JNF-USA are asked to e-mail Campaign Executive, Rina Wagman at rwagman@jnf.org or call 617-423-0999, ext. 812.