Marilyn finds an easy way to break down barriers between people 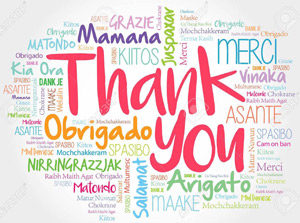 By MARILYN SHAPIRO
My friend Lazar Lowinger is a true polyglot. Born in Belgium, survived World War Two in Romania, lived briefly in France before emigrating to Cuba, then United States then Canada, Lazar picked up languages throughout his life. French, Romanian, French, Spanish, English, Yiddish, Portuguese, and some Hebrew.

I, however, am a monoglot and a half. I took five years of high school French and squeaked through the one required semester on French literature in college. When my husband Larry developed a kidney stone on our Quebec City honeymoon, I the opportunity to speak francais while my poor husband languished in his hospital bed awaiting the passing of his calcul rénal. Once we returned from our ill-fated first vacation as a married couple, I rarely spoke another world of French—or any other language except English.

Judgmental Or Accepting?
But then Larry and I moved to central Florida, where many of the individuals surrounding our 55+  community spoke Spanish as their second—or even primary—language. Some transplants were not happy. “They live in America,” they would grumble. “They should learn English.”

My attitude, however, was that we were neighbors, and I needed to pick up some espanol. When Larry began coaching Special Olympics, I got help from one of the parents, Nelson Nieves, who took time from helping Larry with our athletes to tutor me in some basic phrases. Hola! Cómo estás? (Hello! How are you?) My accent wasn’t great, but those who heard me say the few words smiled. With additional help from Nelson and the internet, I added more basic Spanish words to my repertoire.

Creating Goodwill
I tried out my newfound learning while shopping. On a visit to Walmart, I heard two of the sales clerks speaking Spanish. “Hola! Cómo estás?”  I said. They responded enthusiastically “Estoy bien!” One of the women asked me if I spoke Spanish, and I laughed. “Muy poco,” I said. “Very little. And my accent is terrible.” “You were trying,” she answered. “So many people look down on our speaking Spanish. We appreciate your trying.”

It was an AHA moment for me. My speaking Spanish was not only making me feel good, but it was a sign of good will for so many in my community. I was learning the power of hello, the power of language.

Branching Out
Now that I was comfortable in Spanish, I realized that I could expand my language skills. In January 2016, Larry and I took a Caribbean cruise, our first in over 15 years. Besides our memories from previous trips of sun and beaches and too much food, I remembered that many of the staff came from countries around the world. The thought of so many people working long hours for months away from their families to make our vacation better had always bothered me. Maybe the power of language could work to brighten their day.

Whenever I saw a staff member—from the captain down to the busboy—I noted their name and, more importantly, their country of origin. Then I started asking them how to say thank you: In Indonesian, one said Terima kasih (Tir a ma KA see); in Filopino, salamat (Sa LA mat); in Thai khàawp-khun khâ., (khop khun mak kha). I wrote down each one I learned in a small notebook, which I carried with me as reference. And I used the appropriate Thank Yous whenever I could, whether it be a man from India handing me my omelet or the young woman from Indonesia who collected our towels at the pool to the head waiter from Columbia who took our dinner order.

Small Effort, Big Response
Not only did it make me feel good, but it also had the intended effect on the recipient. Many looked surprised before breaking into a huge smile and a “you’re welcome” in their own language. Some asked if I had been to their country. I had a standard response: “No, but I wanted to show my appreciation in your native tongue.” Some used the opportunity to segue into a description of their country, encouraging us to visit. One of the other perks is that many of the staff recognized me as “The Person Who Said Hello” and reserved a special smile for me.

After that first year, I came home and made a “cheat sheet” listing ways to say thank you in the languages that I learned. I brought that sheet with me the following year on a subsequent cruise and kicked myself for forgetting it this past January. Oh well! I still had a little notebook tucked away to start again.

Not Always Easy
Since that first cruise, Larry and I both have tried to learn some words before traveling to any part of the world. Areas that spoke French and Spanish were easier for us. This past summer, however, trips to Norway and Iceland expanded our vocabulary a little more, not only with our Thank Yous (Tansa Takk and Takk, respectively) but also with our search for the bathrooms (toalett and snyrting)

I do have to say that Iceland, with its long words, proved more difficult. As a matter of fact, one of our fellow travelers shared the story of going into a shop. As he was checking out, the shop owner said that every foreign customer who could correctly pronounce the name of the volcano that erupted in 2014, causing major air traffic problems throughout Europe, would get a 10% discount. Rest assured. With a name like Eyjafjallajökull,* very few people get a discount.

No matter how we say it—Toda Rabah! Gracias! Merci beaucoup!—the power of thank you, the power of language, can open doors and hearts.

*According to the Icelandic embassy in Washington D.C., it is  ay-yah-FYAH’-plah-yer-kuh-duh.

Marilyn Shapiro, formerly of Clifton Park, is now a resident of Kissimmee, Fla. Recently a second compilation of her articles printed in The Jewish World was published. Tikkun Olam now joins There Goes My Heart. Marilyn Shapiro’s blog is theregoesmyheart.me.

New U.S. envoy on anti-Semitism: No distinction between anti-Zionism and anti-Semitism
Rabbi Yechiel Eckstein raised millions in Christian donations for Israel. The late activist’s daughter steps up to the plate